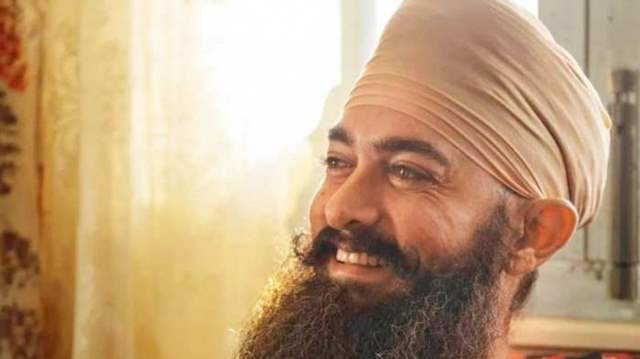 Laal Singh Chaddha, starring Aamir Khan, is one of the most anticipated films of the year. The film is an official Hindi remake of the Tom Hanks-starring film 'The Forrest Gump.'

According to a recent article in a news outlet, Tom Hanks' iconic protagonist evolves through the mists of American history in the 1994 multiple-Oscar-winning Hollywood masterpiece. Similarly, the Aamir Khan movie is anticipated to set its main character against the tragic Babri Masjid case. An analogous plot strategy could be seen in this part of the film, according to the report because Aamir's role would vary with significant moments in Indian history or perhaps even influence their result.

Sonu Nigam sings the song, Main Ki Karan with Amitabh Bhattachary writing the lyrics. Pritam composed the song. The trailer for Main Ki Karaan featured a behind-the-scenes video of Sonu Nigam jamming alongside Pritam and his band. Aamir Khan has taken a different approach this time by not releasing any videos for the song but just the vocals.

The movie was originally scheduled to be released on April 14, 2022. The developers, however, chose to delay the release because it conflicted with Yash's 'KGF: Chapter 2'. At the box office, the latter broke all previous records. The film 'Laal Singh Chaddha' will now be released on August 11, 2022.

The film stars Kareena Kapoor Khan, Mona Singh, and Naga Chaitanya and is directed by Advait Chandan of 'Secret Superstar' fame and authored by Atul Kulkarni.