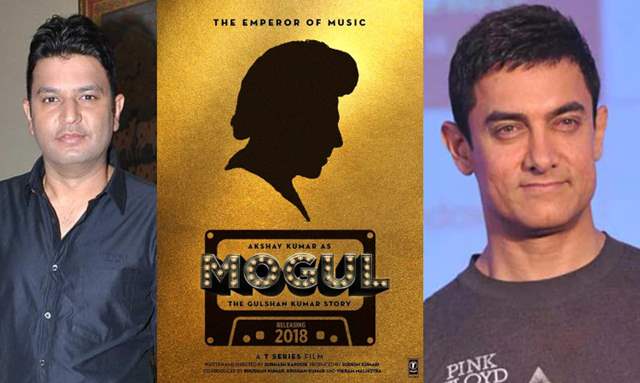 Bollywood star Aamir Khan is focused on the release of his upcoming film Laal Singh Chaddha. However, the film has been delayed by an entire year ever since he announced the Hindi adaptation of Hollywood classic - Forrest Gump on March 14, 2019, with its title. Aamir’s next is now slated for cinema release during Christmas 2021.

Apart from that, Aamir Khan in 2019, also confirmed that he will be playing the lead role in the film Mogul which is based on the life of T-Series founder Gulshan Kumar. However, owing to the current situation, there has not been clarity on when the film will go on floors.

During a recent interview with Bollywood Hungama, T-Series’ head honcho and son of Gulshan Kumar - Bhushan Kumar, gave an update on the tentative timeline of the film. The producer informed that Aamir Khan is currently focused on his upcoming film Laal Singh Chaddha and will start with Mogul after Laal Singh Chaddha’s release.

Bhushan Kumar in his interview with Bollywood Hungama said,

The Indian film and music producer also maintained that he was also involved in the writing process for Mogul and said that it was a very good experience because Mogul is his father's biopic. He added that the writing was completed some time back, although because of the lockdown, the film was delayed by a year.

“I have to be involved in the writing because writing is the crux of it,” Bhushan Kumar said in his interview with Bollywood Hungama.

“Today, we are making so many films and writing is the most important thing and then comes the direction and everything else. Yes, I enjoy the process but because of the time constraints, I am not being able to be involved in all the things. But obviously, in big and important films I totally get involved in script sessions also,” he added.

The delay in Laal Singh Chaddha has also led to his other films being pushed ahead. Bollywood’s Mr. Perfectionist is known to take baby steps towards any film by maintaining his attention at one film at a time. Meanwhile, the release date of Aamir Khan’s Mogul remains uncertain.