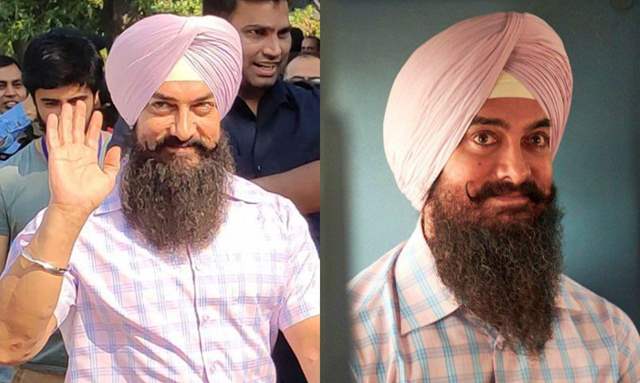 Ever since the delightful look of Aamir Khan from Lal Singh Chaddha has been released, the audience across all quarters has loved his look where he has worn Turban and looking absolutely adorable.

Interestingly, the actor is learning how to tie the turban as he's playing the role of a Punjabi. Having the same look throughout the film, Aamir Khan wanted to try and learn the art of tying the turban himself in order to better get into his character.

It's an open truth that Aamir Khan has always seen acing everything that he takes up. Now, learning to tie a Turban is also something where the actor is trying to give his personal touch.

Recently, the actor visited the Golden Temple at Amritsar while shooting for Laal Singh Chaddha and the pictures were all over the internet. The team is now on an eight-day shooting schedule in Chandigarh after finishing shooting a romantic song in Amritsar.