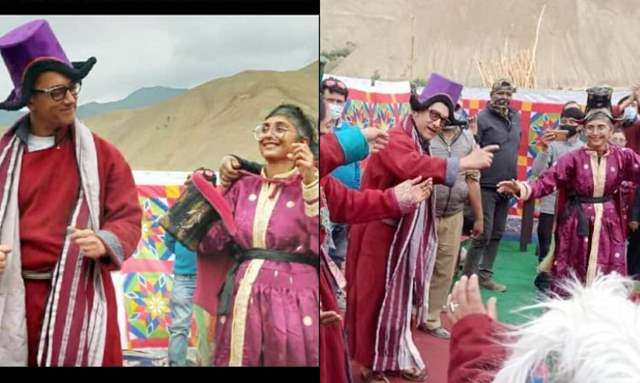 Aamir Khan is currently working on his upcoming film Laal Singh Chaddha which is helmed by Advait Chandan. The film has been making it to the headlines ever since it went into production. As reported earlier, Khan and his team are shooting the next schedule in Ladakh and Kargil area.

Now, the videos of Aamir Khan and his former wife Kiran Rao dancing together have surfaced online from the Ladakh sets of their upcoming film, Laal Singh Chaddha. The film also stars Kareena Kapoor Khan, Mona Singh and Naga Chaitanya.

In one of the videos Aamir appears to be wearing a red-coloured Goncha (a traditional Ladakhi robe) and followed by a Tipi (Ladakhi hat). On the other hand, producer Kiran was seen wearing a Lokpa (Ladakhi cloak which is traditionally worn by women) and wore a green hat. A teacher led the way and the former couple followed her lead. 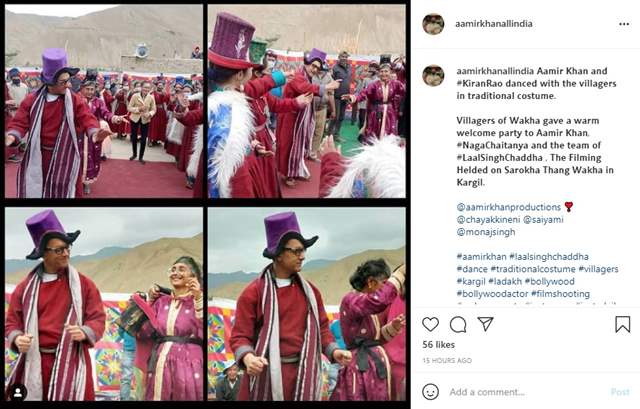 In another video, Aamir was seen dancing with a few kids on the sets. The actor was casually dressed in white T-shirt, black pants and black shirt.