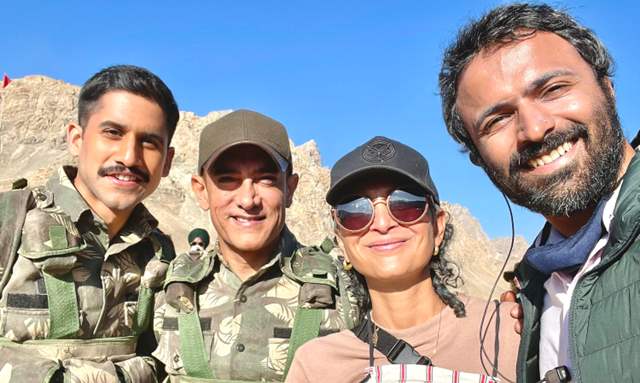 As per Naga Chaitanya’s caption to his latest post, the actor seems to be playing the character of Bala in the film. From the looks of it, the shooting of Laal Singh Chaddha is progressing at a swift pace in Ladakh. After announcing their separation, Aamir and his ex-wife Kiran Rao are working together as they had stated.

Sharing the picture, Naga Chaitanya wrote, "Grateful #Bala #LaalSinghChaddha (sic)." Both Aamir and Chay are seen wearing military uniforms, and they play friends in the film.

As reported earlier, Khan and his team were scheduled to shoot the next schedule in Ladakh and Kargil area. The report stated that while Khan's photographers were spotted doing the recce of various locations in Kargil, the team is likely to shoot the war scenes in the area. And none other than Naga Chaitanya will also be joining the shoot in Ladakh.

Following the rise of tensions between Indo-China due to the Galwan Valley clash in 2020, the shoot was called off. Now, from the looks of it the superstar has resumed shooting for War sequences in Kargil.