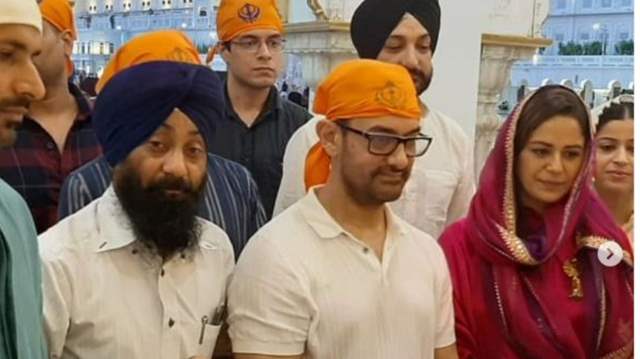 Aamir Khan, who is very enthusiastic about his upcoming movie Laal Singh Chaddha, took a break from his busy promotional agenda on Wednesday to visit the Golden Temple in Amritsar, Punjab, with his co-star Mona Singh, who plays his mother in the movie.

The 3 Idiots actor was spotted in casual clothing, while Mona was dressed in a pink traditional garb. Other worshippers were gathered around the pair as well.

Aamir Khan, Naga Chaitanya, and Mona Singh previously paid tribute to Indian war veterans at the National Combat Memorial in Delhi. This will be the 2nd time the actors Aamir, Mona Singh and Kareena will share the screen after their blockbuster hit, 3 Idiots. 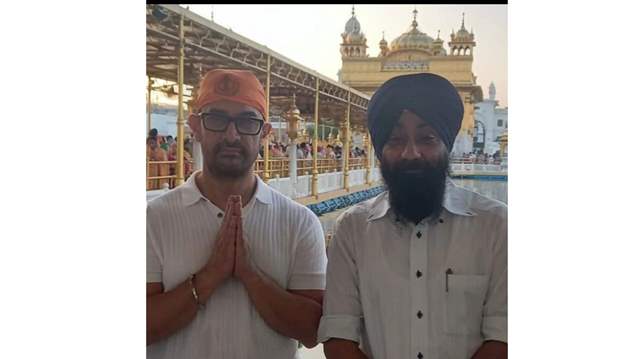 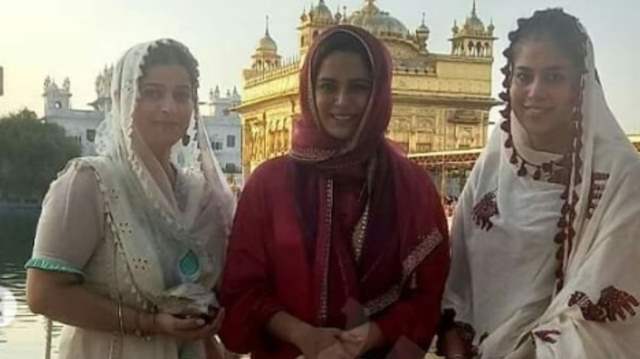 Shah Rukh Khan will feature in Laal Singh Chaddha as a cameo, as per latest confirmation from Aamir. The actor was asked how he persuaded Shah Rukh to appear in a cameo when speaking with Canadian film journalist Alexandra. The actor replied, that Shah Rukh is a buddy, and he told him that he wanted someone who can symbolise what Elvis (Presley) represented in America. He's going to SRK  because he needs the most recognisable Indian celebrity. Aamir further added, that SRK was really sweet and he agreed.

Along with South actor Naga Chaitanya, the highly awaited movie also stars Kareena Kapoor Khan in the significant role. The movie is an official Hindi adaptation of the Tom Hanks-starring Forrest Gump from 1994.