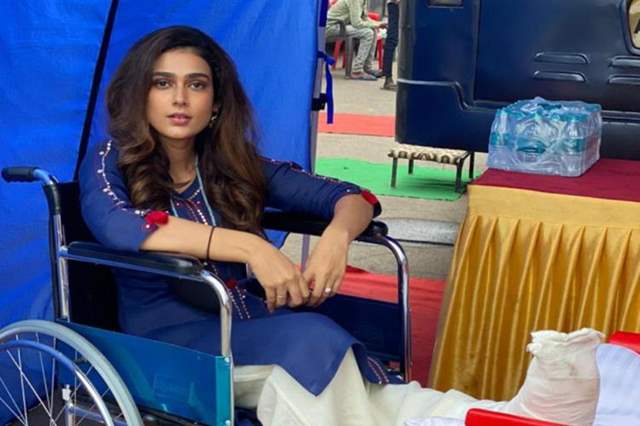 2021 may bring the normalcy of going into theatres (we hope) as vaccines are being tested and given to multiple people. With more and more vaccines being accepted, the pandemic may finally witness a halt to the unwanted proceedings. In that hope, an array of films are also being planned and worked upon where there are big films coming in.

Ajay Devgn has a huge slate and one of those include upcoming film, Mayday which also stars Amitabh Bachchan and Rakul Preet Singh in important roles. In fact, apart from them, actor Aakanksha Singh also plays an important role in the film and she is, in fact shooting for the film currently too in Hyderabad.

Unfortunately, recently while shooting for the film, Singh went on to hurt her ankle after suffering a minor accident. She was immediately rushed to the hospital and it was confirmed that she suffered a ligament tear. Singh is advised to rest it out and has a plaster on her leg for 30 days. She has also been given a wheelchair so that she doesn’t put too much pressure on her leg and allows it to heal.

However, the brave heart and committed woman that she is, Singh was already back on set the next day and despite all the pain, she continued to shoot.

MayDay doesn’t just star Devgn with the aforementioned actors but will also be directed by him.