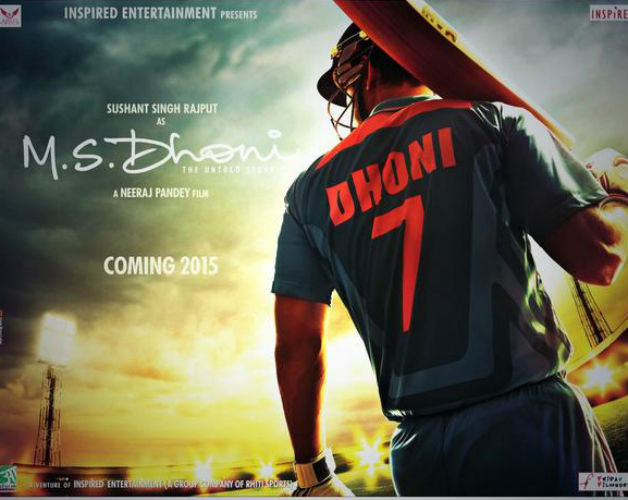 The makers of, M.S.Dhoni: The Untold Story creates a song titled 'Phir Se' and dedicates it to the Indian Cricket Team that is geared up to retain the World Cup. Director of the film Neeraj Pandey, a cricket buff himself, has worked on the song and the video in quick time to get it ready before the World Cup begins.

Neeraj Pandey says, "The idea was to sum up the mood and emotion for the entire nation. Phir Se is an anthem, plea, prayer, dream all rolled in one. And MM Kreem (composer) saab and Manoj Muntashir (lyricist) have done this beautifully."

Actor Sushant Singh Rajput, who plays Dhoni in the official biopic that is set to release on October 22 this year, is extremely excited about this tribute to the team that will be officially launched when India takes on Pakistan on15th of February. He says, "Phir Se is our tribute to the inherent passion our players have for the country and the love we have towards our own team. We just want to tell it to them through this wonderful track that they have always made us proud and we always are with them unconditionally!!"

M.S.Dhoni: The Untold Story is being produced by Fox Star Studios and Inspired Entertainment - an associate company of Rhiti Sports that has the exclusive rights of Dhoni's story. Arun Pandey of Inspired Entertainmet says, "Phir se is the mood of the nation and here we are ...echoing the sentiments of over a billion people of the nation and dedicating the Song on behalf of "MS Dhoni - the untold story" (official biopic of MS Dhoni) team to the Indian cricket team." Vijay Singh, CEO, Fox Star Studios, says, "It is a high octane tribute song that the team of the film is dedicating to the Indian cricket team - an anthem to celebrate & support Team India!"