Thiruvananthapuram, Sep 23 (IANS) A professor, a physician, a debutant director and an entire crew of new faces have come together to make a 100-minute children's film that has the film circles abuzz here.

'Oridathuoru Puzhayundu' (somewhere there is a river) tells the tale of children who take up initiative to work against the exploitation of natural resources for commercial interests.

The theme revolves around eight-year-old Sumangala, whose family is forced to leave a Tamil Nadu village after commercial activities of a packaged drinking water company brings on a drought-like situation.

The girl arrives in a colony in Kerala where she is taken care of by the children, living in the colony, without the knowledge of the elders. From Sumangala, the children realise how an entire village is hapless because of the over-exploitation of natural resources.

Soon children start a collection drive to help Sumangala dig a well in her own village. When the parents come to know of this, there is strong opposition to children's plan.

'I am really pleased that after a two-year-long struggle, and combined effort of all, film has come out really good. What is over is just half the work because films like these find it difficult to get in the audience. We are planning to do something wherein some efforts are taken up by authorities to see that school children see this film, because it speaks of nature,' said Kalavoor Revikumar, director of the film, at the premier Sunday.

This is the first directorial venture for journalist-turned-filmmaker Revikumar, though he is an accomplished screenwriter penning three hugely successful films.

A professor from the Kozhikode Medical College, Mohammed Shakeel, has scored the music and also sung the two songs in the film while traditional ayurveda physician, T.B.Reghunath, has produced the film.

'Writer Jiju Asokhan, a close friend of mine, told me the story line and even though I have had no previous experience, the story line touched me and I decided if I am to make a film, I will do it on this. I have spent Rs.3.5 million, but I have no regrets,' said Reghunath.

Lead pair of eight-year-old Sumangala and 10-year-old Sandeep said that they were delighted that they got an opportunity to act.

Barring Jenny, sister of accomplished Malayalam film actors Meera Jasmine, practically everyone, from the crew to the cast, are new faces.

'I am extremely delighted that this film has come out well because it speaks about environment and its fallout. The children and all those behind the film have done a marvellous job,' said State Education Minister M.A. Baby who was present at the premiere show here. 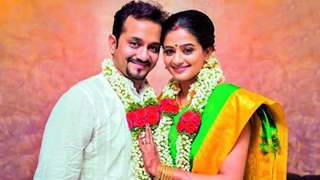