Want to know more about the new Left Right Left cadets, but don't know whom to turn to? Don't worry, as Telly Buzz comes to your rescue here! Seeing the rising popularity of the six new actors, we decided to meet up with them and give you a bird's eye view of their respective characters and their personal lives.

Featured Video
Here is Shikha Singh, who plays a stunt woman called Akruti, who is tired of being body double to others. "My aim in coming to KMA is to make my self and my mentor proud. You will just have to wait and watch to find out more about him”, she says.

This is Shikha's second television venture, prior to which she had acted in Mere Doli Tere Angna on Zee. "There, I had played a model called Amrapali and my track had lasted for 13/14 episodes”, says Shikha.

We now move on to the second girl in the show, Swati Taldar, who plays the super model Purvi. “I join KMA, for I don't want to be known just for my modeling stints”, she says. Her character will have lots of fun elements, as she still has all the airs of a model. But below all the fun and games, lies a dark secret as well, "I am the younger sister of Dr Ritu”, reveals this girl from Rajasthan.

Catching on to the boys, if the earlier batch had Alekh, the new group has Mallah, who has had a bad life. This dacoit son played by Mohit Daga does not want to follow his father’s tradition. “Rather, I want to do something for the country”, says he.

This is Mohit’s second show; he had earlier played an important part in Love Story. "My character of Bhatti provided a lot of emotional relief to the show. Unfortunately he was bumped off” , Mohit remembered sadly.

Rummy, aka Harshvardhan Rane is the son of General Gaur and brother of Gunny (Captain Randhawa). Talking about his character, Rane says that Rummy is a gambler at heart and is always flirting with Swati.

Before LRL, he has done some anchoring as well. Harshvardhan is quite happy to be working with DJ and is looking forward to the show being a run away success.

If Rummy is a flirt, then Peter Sabnis essayed by Saurav Chakravarty is a total prankster. “I never take anything seriously and am always out to trouble Mullah", say Saurav. How did such a guy land up in a military academy? “He had no choice as military service is a family tradition" laughs Saurav. Although Peter is not into women much, he sometimes flirts with Purvi, just to spoil Rummy’s chances. Talking further about the character, he says that, "Peter's love for gadgets may come handy for future missions".

Last but not the least, we have Diya Chopra, playing the role of Vidya, on who Telly Buzz has already covered a feature.

Are you ready for another series of jam-packed action in SAB's Left Right Left? 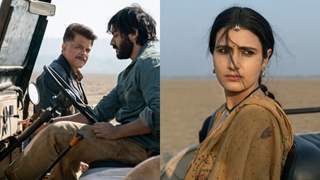 14 years ago thanx..well all knows 1st season's cadets were too good...but i like the new cadets too :) all the best to them