View Profile
Carrying on with the 'decade per week' theme, we've finally hit the mature 90s. The era is known for much but what strikes us first when contemplating the ten years is how "grown up" movies had began to be. Be it comedy, romance, action or musical, most experimentation worked. Thus, we reminisce those movies that really pushed ideas and set the path for following movies with the formula for success; BollyCurry presents to you some of the top out-of-the-box movies from the 90s.
Bandit Queen (1994) 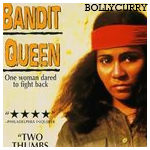 Critically acclaimed film directed by the magnetic idealist Shekhar Kapoor, the movie tells the story of the bandit queen, Phoolan Devi, who rebels against humiliation and abuse by leading a group of bandits. It's said to be based upon Phoolan Devi's biographical book written by Mala Sen and is described as the brutal "truth" about the oppression of women and lower castes in India. The movie did extremely well with critics and Seema Biswas, the lead actress, received much praise for her role.
As brutal as it is beautiful, Bandit Queen proved that Indian cinema, in addition to song and dance, can also deliver films based on hard hitting plots.
Dilwale Dulhania Le Jayenge (1995) 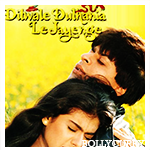 This blockbuster directed by Aditya Chopra and starring the evergreen couple of Shah Rukh Khan and Kajol Devgn in lead roles, changed the face of romantic movies in Indian cinema. Upon release, it started the trend of modern love stories where the hero and heroine must struggle between their traditional family values and the modern value of individualism. The story is of two NRIs, Raj and Simran, who fall in love with each other whilst holidaying abroad. When it comes to revealing their relationship, instead of running away, they face Simran's conservative father and fight for their love.
Dilwale Dulhania Le Jayenge was a trendsetting blockbuster that served many lessons to learn from. The film has such as cult status that it still runs in particular cinemas even today!
Bombay (1995) 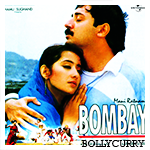 The critically acclaimed and National Award winning blockbuster Bombay is directed by Mani Ratnam and stars Manisha Koirala and Arvind Swamy in lead roles. The story is about a Hindu guy, Shekhar, who falls in love with a Muslim girl, Shaila Bano. They marry against their family's wish and move to Bombay where Shaila gives birth to twin boys. Problems arise during the December 1992 to January 1993 period; the Ram Janmabhoomi-Babri Masjid controversy raised religious tension in Mumbai causing violence and deaths. Shekhar and Shaila get worried for their children's safety because they have raised them with both religions traditions. After some deadly threats and frantic searching, the family is finally reunited.
A film trying to break stereotype and prejudice between religions and promoting liberal unity, Bombay is a must watch if you're looking for a movie with lots of breath-stopping moments!
Khamoshi: The Musical (1996) 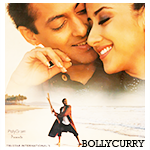 This critically acclaimed musical drama is the debut movie of well known director, Sanjay Leela Bhansali, and stars Salman Khan and Manisha Koirala in lead roles while Nana Patekar and Seema Biswas play an important part in the film as a deaf and mute couple. The film is about this beautiful Catholic couple, Joseph (Patekar) and Flavy (Biswas), who live in Goa with their daughter Annie (Koirala) and their son Sam: both of whom can hear and speak. With the tragic death of Sam, Annie's life is no longer like it used to be; music and singing vanishes away from her life until she meets and falls in love with Raj (Khan), a musician. When Annie gets pregnant with Raj's baby, her father asks her to abort the baby because Raj is a Hindu and he doesn't want to accept their relationship. However, when the baby is born, Joseph accepts Annie and Raj's relation and their baby.
Noted for its simplistic, realistic story and its touching theme and music, Khamoshi: The Musical pulls the heartstrings of any who watches.
Border (1997) 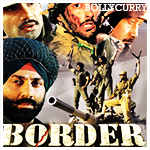 This critical and commercial war blockbuster film is written, directed and produced by J.P. Dutta and starts Sunny Deol, Jackie Shroff, Suniel Shetty, Akshaye Khanna, Tabu, Pooja Bhatt and Rakhi Gulzar in important roles. It's based on the real life events that took place during the Indo-Pakistani War of 1971 and Bangladesh Liberation War. The film starts when Major Kuldip Singh Chandpuri (Deol) takes up the command in Longewala (region in Punjab) and attends there with the Indian battalion that consist of 150 soldiers while the Pakistani Army consists of 2000 soldiers with tanks. The Indian Army is unarmed and asks help from the Air Force but they had only hunter flights which cannot fight in the night. The Indian Army decides to not back-off and fight for their motherland. They fight until the first Air Force flight arrives and the Pakistani soldiers retreat. The famous patriotic song "Sandese Aate Hai" describes the pain and hope of Indian soldiers and is said to be one of the reason for the success of the film.
A multi-starrer film with plenty of emotions running high, Border was a mega blockbuster and is a must watch for action fans and history buffs.
Dil Se (1998) 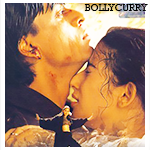 This critically acclaimed film was directed and co-written by Mani Ratnam and stars Shah Rukh Khan, Manisha Koirala and debuts Preity Zinta. The story is about Aman Varma (Khan), a programme executive for All India Radio, who falls in love with a beautiful woman, Meghna (Koirala), who is actually a terrorist. Aman tries to follow her and meet her but her brothers beat him up, wounding him pretty badly. Meghna therfore rejects his advances and leaves him. Dejected, Aman goes back to his family and agrees to marry Preeti (Zinta), a girl selected by his parents. However, Meghna returns and Aman, upon finding out that she has been assigned to kill the Prime Minister, confronts her. When Meghna realizes that Aman truly loves her, the bomb explodes in a distant place and both die in each other arms.
An intense love story to the core, enigmatic music and acting beyond par, Dil Se captures the raw imagination like no other and connects one to their own soul.
Satya (1998) 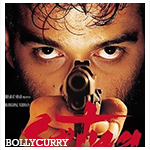 The last but not the least is the crime film drama directed by Ram Gopal Varma and written by Anurag Kashyap. The story tells the tale of Satya (J.D. Chakravarthy) who comes to Mumbai looking for work but ends up being jailed for a crime he did not commit. It is in jail that he meets the don Bhiku Matre (Manoj Bajpai) and joins his gang. It is not long after that he meets and falls in love with Vidya (Urmila Matondkar), an inspiring singer who in not aware of his connections with the Mumbai underworld. When she is informed of Satya's real identity, she refuses to meet him and when Satya tries to meet her, he has killed the person who came to arrest him.
An unsentimental urban film of the Bombay underworld with razor sharp vision, Satya is still considered to be one of the best gangster films of all time.
The 90s is often considered the romantic decade, however, the above few mentioned movies prove that the era produced movies completely different from the regular run-of-the-mills plots. Do let us know which one of these is your favorite or if we missed any that you believe are "out-of-the-box" flick from the 90s.
Writer: Alina S.
Editor(s): Shreya S. and Jenifer Y.
Graphics: Preet K.