The trailer for Sunny Deol's upcoming film Mohalla Assi was leaked yesterday and we must say it is just awesome. The trailer made us laugh like never before but also left us surprised! This trailer is full of cuss words, steamy scenes, abusive Gods, etc.!  Here is why you should watch this epic trailer before it gets banned!

1. Possibility of this trailer being the most abusive trailer ever! 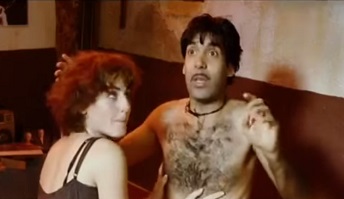 The trailer starts off with a montage of Banaras and after a few seconds have passed, Sunny Deol starts the cuss word saga! The film has an abuse rate of approximately 15 abuses per minute!

Sunny Deol is back in a flashy new avatar. He appears to be a priest of some sort and also is portrayed as a community leader in Banaras. We must say, his avatar is just awesome and he looks real tough! 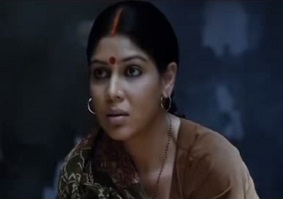 Saakshi Tanwar is back on the big screen and is seen as a typical Banarasi lady with a liking for abusing foreigners. Saakshi also delivers some bold and nasty dialogues which amazed us at first, only to realize that she is perfect for this role!

4. It is set in the beautiful city of Banaras

The trailer shows the true essence of Banaras as it takes us through spirituality, yoga, culture and also the dark sides which include drugs and sex.

We have to admit that a lot of Hollywood movies portray Indians to be poor, dumb and even imprudent! Finally there is a movie that portrays foreigners not as rich businessmen but as druggies and hippies. The trailer also shows their desire to elope as frequently as possible! This might be the film maker's only defense when it comes to convincing the censor board.

Such a trailer won't stay online for long and we can only expect a censored movie coming our way. If you haven't seen the trailer, do it now as you may not be as lucky later!