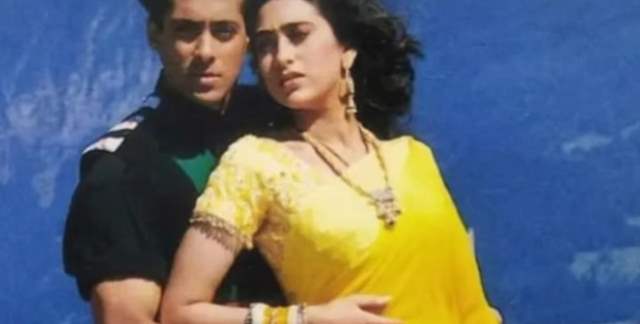 On Tuesday, actor Karisma Kapoor took us down the memory lane as her movie Jeet celebrated its 26th anniversary today. The actress posted a still from the movie on her social media and it is all times nostalgic.

The still is from their film Jeet in which the actress is posing dramatically while Salman can be seen holding her by the waist as they posed across a picturesque location at Lake Geneva.

Karisma wore a yellow saree, matching blouse, and jewellery. Salman opted for a black T-shirt, black pants, and brown shoes. A lake and mountains were seen in the background. She also added the song Saanson Ka Chalna Dil Ka Machalna from the film as the background music.

Sharing the picture, Karisma wrote, "When we were dreamers (yellow heart emoji). Our first foreign outdoor #Jeet #26yearsofJeet." She geo-tagged the location as Lake Geneva, which is in Wisconsin. Karisma also tagged Salman and Nadiadwala Grandson.

Earlier, Nadiadwala Grandson shared a poster of Jeet on Instagram and wrote, 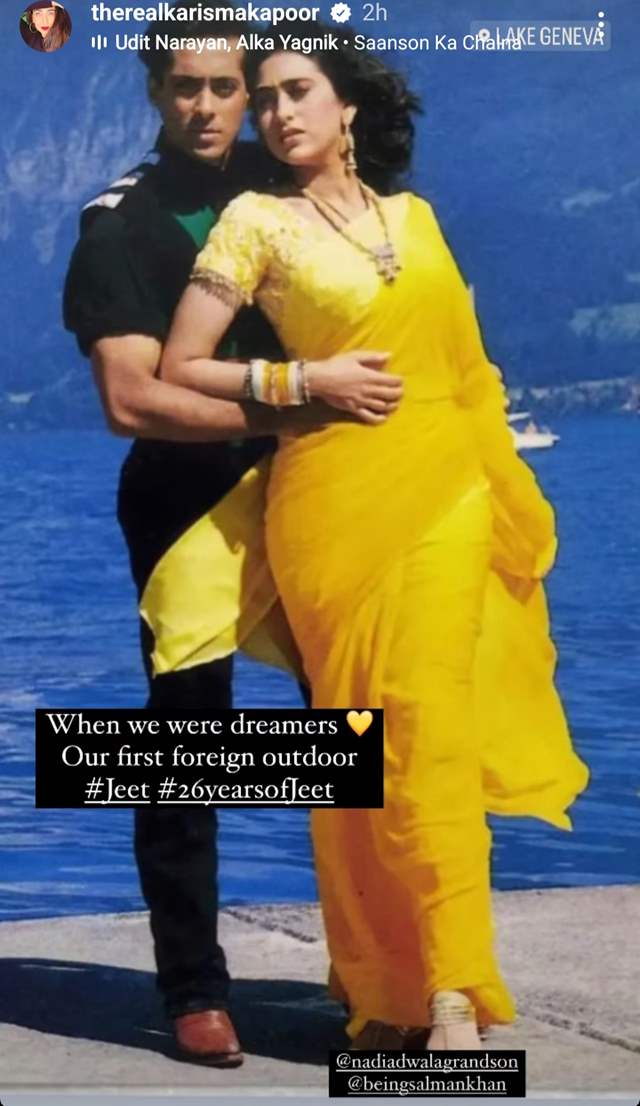 Salman will be seen in the upcoming family entertainer film Kabhi Eid Kabhi Diwali with Pooja Hegde. Produced by Sajid, the film also stars Venkatesh Daggubati. Salman will be also seen in Yash Raj Film's upcoming action thriller film Tiger 3 alongside Katrina Kaif. The film is slated to hit the theatres on April 21, 2023.