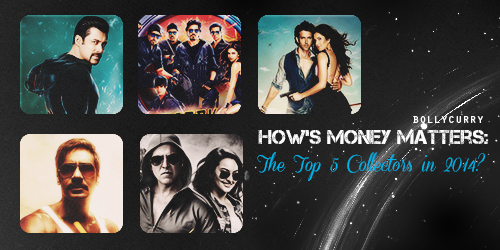 As 2014 gears up towards its end, BollyCurry exclusively brings to you the top five movies of the year that did exceptionally well at the Box Office and broke some, or many records.

Note: This list is based on the latest domestic Box Office collections. The figure is a close estimate of the actual figures that the movies earned in India (international collections excluded).
Kick 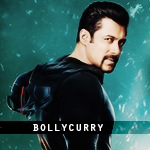 The film tells the story of Dr. Shaina (Jacqueline Fernandes), a psychiatrist who lives in Poland. For her father's sake, Shaina meets Inspector Himanshu Tyagi (Randeep Hooda) and tells him about her ex-boyfriend Devi Lal Singh (Salman Khan). Devi is a young man, highly clever who excels in almost all fields, however he is still looking out for a "kick" in his life, something that would give him the motivating drive to live his life. Devi and Shaina fall in love but no sooner he breaks this relationship with her for a new "kick". On the other hand, Himanshu tells Shaina about Devil (also Salman Khan), an intelligent thief whose target are all the rich people associated with Shiv Gajra (Nawazuddin Siddiqui). Soon, Devi/Devil comes back in Shaina's life again under the pretext of having lost his memory. It is later revealed that Devil is just pretending to have lost his memory as his real intention is to rob Shiv Gajra. The story goes on and shows how Devil robs Shiv Gajra and challenges Himanshu to catch him on 14th November. Without giving away the rest of the story, we can guarantee that you'll be enjoying every moment of this movie. It's a masala movie by all means!

The paisa-vasool and seeti-maar entertainer garnered 233cr. at the Box Office, becoming the highest grossing film of the year.
Happy New Year 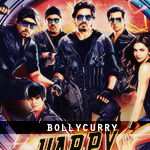 Next on the list we have the multi-starrer Happy New Year staring Shah Rukh Khan as the lead, which is directed by Farah Khan and produced by Gauri Khan.

The caper comedy film tells the story of six losers - Charlie (Shah Rukh Khan), Jag (Sonu Sood), Rohan (Vivaan Shah), Tammy (Boman Irani), Nandu (Abhishek Bachchan) and Mohini (Deepika Padukone) - who participate in the Wold Dance Championship in order to rob the priceless Shalimar diamonds. Their real aim is to take revenge from Charan Grover (Jackie Shroff) who was the reason behind Charlie's father, Manohar's (Anupam Kher) suicide. As the story progresses, a love story also unfolds between Charlie and Mohini along with background stories for Jag, Rohan, Tammy, and Nandu. We will not ruin the spice of the story for you beyond this point, although we do recommend any romantic-comedy lover to have this movie on your must watch list!

With its fun dance sequences and hilarious bits, this film managed to pull the crowd to the theatres and earned 203cr. at the Box Office.
Bang Bang 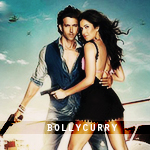 Staring Hrithik Roshan and Katrina Kaif in the pivotal roles, Bang Bang! is the third highest grossing Bollywood film of 2014. Directed by Siddharth Anand, the film tells the story of Rajveer (Hrithik Roshan), who steals a royal diamond for Omar Zofar (Danny Denzongpa). Although he is supposed to get his fees for doing this job, he decides not to hand over the diamond. The grand chase begins and amidst it, Rajveer accidentally meets Harleen (Katrina Kaif), who is at the cafe on a blind date. Omar's men spot the couple and no sooner Harleen gets involved in the fiasco of the royal diamond. There is a major twist in the story however, that you cannot miss! So if you haven't yet, get on it now!

With its mind-blowing action sequences and foot-tapping music, the film earned 181.03cr. at the Box Office.
Singham Returns 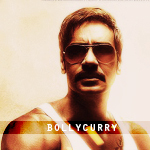 Next on the list we have the action-packed Singham Returns, starring Ajay Devgn and Kareena Kapoor Khan. Directed by ace director Rohit Shetty, the film revolves around Inspector Bajirao Singham who gets transferred to Mumbai and faces an ordeal when his constable is found dead with an ambulance filled with crores of money. He decides to reveal the mystery behind the constable and a politician as well as father figure, Guruji's (Anupam Kher) death. This is when he publicly picks a fight against the evil, Gurukant Acharya (Amole Gupte). You know you don't want to miss out on the Rohit Shetty-style action or even Dayanand Shetty, who is most known for his role of Senior Inspector Daya in Sony TV's hit show C.I.D..

Although the film has a rather cliche plot, Rohit Shetty's direction and Ajay Devgn's performance managed to gather thousands of people and earned 141cr. at the Box Office.
Holiday - A Soldier is Never Off Duty 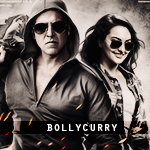 Watching the Khiladi Akshay Kumar play his games and A.R. Murugadoss at the direction, this flick is the story of Captain Virat Bakshi (Akshay Kumar), an army man who returns home to Mumbai for his month-long holiday where he falls in love with a boxer, Saiba Thapar (Sonakshi Sinha). There are some fun and jest moments throughout the movie with Saiba and Inspector Mukund (Sumeet Raghavan), Virat's childhood friend. The movie soon takes a different turn as Virat uncovers a plot to terrorize Mumbai through the use of sleeper cells, a new technique utilized by terrorists. One point leads to another and soon Virat is in a race to the finish with the leader of the terrorist group, Ali (Freddy Daruwala). The second-half of the movie concentrates heavily on Virat's fight against terrorists. This movie is not to be missed not just for Akshay Kumar, but also for its outstanding plot and story, for which it deserves an applaud.

The slick action-thriller garnered a spectacular 162cr. at the Box Office.
Although we have reached the end of our list of the top grossing movies of the year, be sure that there are many other movies worth a watch as well, which might have not garned a lot of monetary fame, but surely made a space within the hearts of the critics and/or the audience. Before bidding you adieu for the year, we at BollyCurry recommend that if you haven't yet, you should take some time out and watch the above movies during your Christmas break!