All "creative ideas" are inspired from one place or another, even if the creator may claim otherwise. Some of these derived inspirations lead to remakes or continuance of concepts, though the idea may have long been exhausted and is now nothing but a money making franchise. As the year wraps to an end, BollyCurry draws a list of sequels and remakes of 2013; some of which were successful, while others failed to impress. 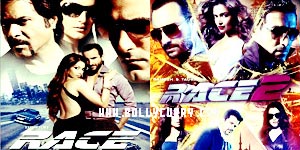 The first sequel to hit our screens was Race 2, released on January 26th. Directed by Abbas-Mustan under the Tips Music Films banner, the film retrieved Anil Kapoor and Saif Ali Khan from its prequel, Race. It also saw the talented actors Deepika Padukone, John Abraham, Jacqueline Fernandez and Amisha Patel join the cast, making it an interesting mix between the existing and new characters. While the action-thriller received a positive box office rating, the critics' reviews remained mixed citing the new characters in the film helped build up the suspense something was lackluster. The film was the first to enter Bollywood's much coveted 100 Crore Club and also bagged the title of third biggest release ever for a Hindi film! Was the sequel a success, then? Sure it was, we say! 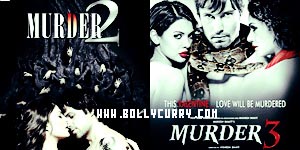 Murder 3, released on February 15th, follows our sequel list. This film is the sequel to the famous Murder and Murder 2. Being the third film in the series and an official remake of the Colombian thriller The Hidden Face, the audience's expectations were definitely high. Were they fulfilled? Let's see. The film's cast included Randeep Hooda, Aditi Rao Hydari and Sara Loren in lead roles, breaking the record of casting Emraan Hashmi as the lead  in the past two films. This may have led to losing some viewers who presumed Hashmi would follow up with the series, however, director Vikram Bhatt worked on the script well enough to receive mixed reviews. While some refer it to be one of the finest thrillers made, others remained susceptible, believing it lacked certain elements. Was this truly a deliciously dark movie catered for your tastes or did you prefer the previous installments instead? 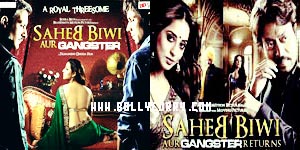 Heard of Saheb, Biwi Aur Gangster Returns, anyone? Directed by Tigmanshu Dhulia and released on March 8th, this film serves as a sequel to Saheb, Biwi Aur Gangster as a result of its huge success. Continuing its jaunt as a suspense-thriller, the film was well-accepted by the audience. Joining Jimmy Shergill and Mahie Gill from the original starcast were Irrfan Khan and Soha Ali Khan. The cast itself makes for the expectations, does it not? To follow up on its success, the film was touted to be better than its prequel, but was it necessarily a better film as a whole? Probably not, since some stated it lacked character development and dialogues. 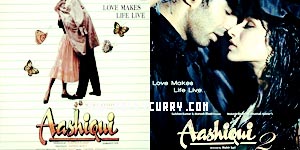 Released on April 26th, this sequel of sorts is still on the minds of the audience. Aashiqui 2, starring Aditya Roy Kapur and Shraddha Kapoor in lead roles, is a romantic tragedy and nothing less than perfection. As it is a sequel to the 1990's blockbuster film Aashiqui, the makers and actors had to fulfill the high standards and expectations already set by the previous movie, thus raising the bar and titillating the viewers' anticipation. Upon release, it emerged as a huge commercial success and a blockbuster, successfully meeting the concerned expectations. It made many records, including biggest surprise success of the year and third-highest grossing film of 2013. The film's soundtrack also became very popular and topped charts across India in a short time span, receiving mostly positive reviews. What do you say? Were you impressed or did you think the soundtrack and movie lacked freshness? 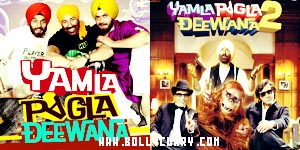 Yamla Pagla Deewana 2, a sequel to the moderately successful Yamla Pagla Deewana, was released on June 7th. Starring the boys of the Deol family, the action-comedy was expected to do well, owing to the impeccable comic timing of Dharmendra, Sunny and Bobby Deol. However, as reality would have it, the film received mostly negative reviews. Despite categorising it as a sequel to the first outing, the film does not pick up from where it left off and completely revamps the Deol characters to match it similarly to the beginning of previous flick, making this more of a remake than a sequel. Would the response have been different had it continued the storyline? 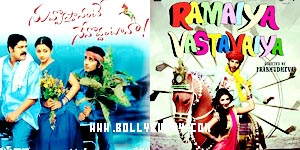 Ramaiya Vastavaiya, the modern remake, was released on July 19th. It is said to be inspired from the 1980's movie, Maine Pyaar Kiya, despite being an official remake of a popular Telegu movie, Nuvvostanante Nenoddantana. Following the typical stance of a rich guy, played by Girish Kumar, falling for a sweet-girl-next-door hailing from the fields in Punjab (Shruti Hassan), the film fell under the genre of a romantic-comedy. The naive moments captured, despite being a modern remake of the original, holds the true beauty of the film, making it a sweet and simple watch. The film received a mixed commercial and critical response, with the acting of the leads being highly appreciated. It also went on to become a moderate success at the box office. This musical love story is a must watch for all the romantics out there. 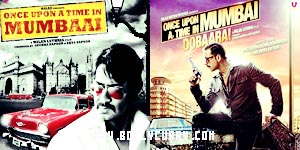 Once Upon A Time in Mumbai Dobaara released on August 15th, under the banner of Balaji Motion Pictures. Akshay Kumar, Imran Khan and Sonakshi Sinha play pivotal roles, who also form a love-triangle, while Sonali Bendre joined in a supporting role. Though the central theme is about criminals - much like its prequel - ironically, the movie explores less aspects of criminals and more on the characters' personal traits. We suppose love changes all for the good, ey? However, in this fictitious film, 'love' works as a negative catalyst amongst the viewers, depreciating it as it spoils the dark, criminal theme. Overall, the movie failed to garner the same amount of interest as compared to it's prequel and consequently ended up as a box office flop. Sometimes, people are intrigued more by the baddies, are they not? Goody-two-shoes acts get a little boring after a while. 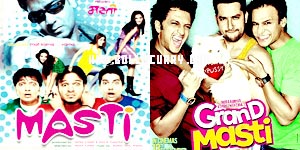 September 13th marked the date for release of Grand Masti, also referred to as 'Masti 2'. Vivek Oberoi, Aftab Shivdasani and Riteish Deshmukh resume their previous roles from Masti while they are joined by multiple actresses. Grand Masti is 2013's Bollywood adult comedy, which surprisingly also joined Bollywood's prestigious 100 Crore Club. While the film itself received highly negative reviews by the critics, it had the box office cash registers ringing, meaning people were dropping in by the masses to check what the fun was all about. 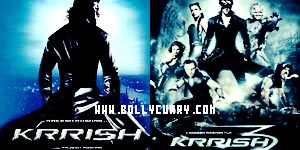 Krrish 3 is a film of a genre which Bollywood tends to avoid experimenting with - superhero and science fiction. Released on November 1st, the movie is a sequel to Krrish, which is also the sequel of Koi... Mil Gaya. Original actors Hrithik Roshan and Priyanka Chopra were joined by new B-Towners; Vivek Oberoi and Kangna Ranaut. Similar to Krrish, Krrish 3 resumes from where the prequel ended and continues the adventures of the father-son duo of Rohit and Krishna Mehra, both played by Hrithik Roshan. It was supposed to be released in 3D, however, due to a lack of time, the idea was dropped. While it was a blockbuster, the film and its soundtrack however received mixed reviews. Critics appreciated the superb visual effects while questioning the soundtrack and the mediocre storyline. So, is this a success or not, for the viewers? 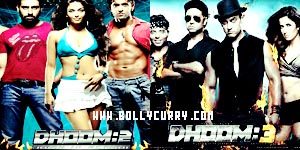 Set to release December 20th, Dhoom: 3 is the sequel to Dhoom: 2 and an addition to the popular Dhoom franchise. The audience will see the film reprising the popular characters of A.C.P. Jai Dixit (Abhishek Bachchan) and Ali Akbar (Uday Chopra), while the new cast includes Aamir Khan as the apparent 'antagonist' Sahir and Katrina Kaif as Aaliya. It is yet to be seen if this sequel too will be a blockbuster like its prequels, and whether the new twisted story and insight into Sahir's life develops a corner of sympathy, his turning him into an 'anti-hero'. For now, we can only eagerly await the release and the weekend that follows which will conspire it's success or doom.
Adding to the above list may include title such as Ragini MMS 2, however, the release has been postponed to 2014, hence, kicking itself out of this list. Another sequel BollyCurry is looking out for is the sequel to Pyaar Ke Side Effects - Shaadi Ke Side Effects. Despite it being a sequel, the characters of Sid and Trisha will be essayed by different actors. Let's see how this affects the buzz rate!
Meanwhile, BollyCurry takes your leave and hopes to receive your views on the sequels and remakes. How well did they go down for you? A happy ending or an atrocious waste of time? Let us know below!
Writer: Khushi P.
Editor(s): Ritchelle C. and Jenifer Y.
Graphics: Shikha A.