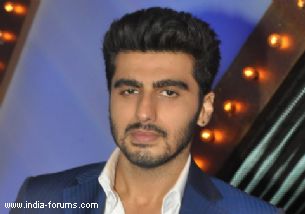 Actor Arjun Kapoor has reportedly kept his late mother Mona Shourie Kapoor's room as it is, with Chetan Bhagat's book "2 States" lying intact on her book shelf. He stars in the movie adaptation of the book.

Arjun will be returning to Mumbai for Mona's second death anniversary from Agra. Arjun has kept his mother's room untouched and it includes the book "2 States" on her shelf even now, said a statement.

She is said to have mentioned to her son during her sickness that she would love to see him do a romantic comedy. If not in her presence, Arjun will now be seen acting in the genre based on one of her favourite books.

The film "2 States" is directed by Abhishek Varman, and it also features Alia Bhatt.