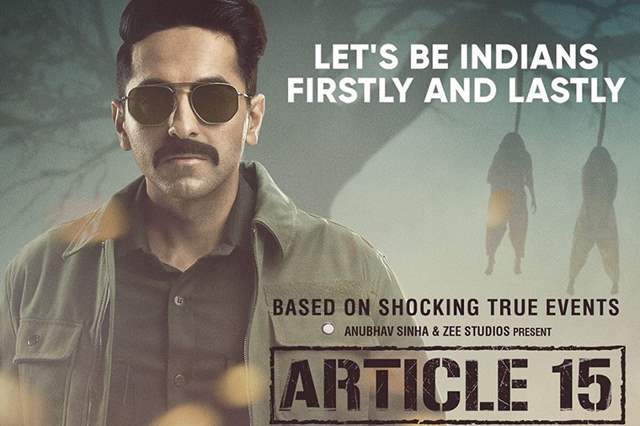 The Anubhav Sinha directorial Article 15 was a stark reminder of the deep-rooted caste hierarchy of our country that still persists and the norms related to it alongside the aftermaths of not obeying the set rules.

The film also completed a glorious 50 days in the theatres as cinephiles loved the film and its realistic approach. A testimony to the same is the number of nominations that Article 15 has received at the Screen Awards.

The movie is the most realistic investigative drama which is inspired by real-life incidents. From Dalit rapes to other atrocities, Article 15 gets a hold of the social nerve of the society which presents an alarming situation that the country is dealing with.

Anubhav Sinha delivered Article 15 which is touted as one such film which was so different, so hard-hitting, and relatively dark and yet it saw a great footfall in the theatres.

'Drishyam' Director Nishikant Kamat in Critical Condition in ...
58 minutes ago

‘It's been a challenging year’ writes Sanjay Dutt’s Daughter ...
2 hours ago

Bhakarwadi gives a resounding reply to COVID-19- Donates ...
3 hours ago

Shwetta Parashar to play ‘The Troublemaker’ in the Movie ...
3 hours ago

Sushant's friend Picks Up a Strong Point Against Sanjana ...
4 hours ago

Jacqueline Fernandez Reveals How She is Planning on ...
4 hours ago

Ananya Panday is eager to Head out as she awaits Total ...
4 hours ago
View More
TOP