South Africa didn’t have a great outing with the bat in the last match. Only Aiden Markram scored to help the team reach a fighting total.

West Indies had the worst start to the tournament. They were bowled out for 55. They’ll be looking to get back to winning ways.

Both teams are coming into this game having lost their respective previous ones.

South Africa went down in a close encounter against Australia.

On the other hand, England absolutely thrashed West Indies.

It’s a very tough group and each game is important. So, it’s time to buckle up for either team.

South Africa fielded their best possible combination in the last game against Australia. Despite a loss, they could stick to the same XI for the next match.

The defending champions WI have lost all their matches on this trip so far. First, they lost both their warm-up fixtures. Then, a crushing defeat came against England. It’s now or never for the Men from the Caribbean.

There are various factors that matter a lot for today’s T20 match prediction.

Against the new ball, batting is easier on the Dubai pitch. When the ball gets old, it grips and makes shot making difficult. As this is a day game, the spinners would be effective throughout.

Result prediction: West Indies will win the match by 5 wickets

Result prediction: South Africa will win the match by 6 wickets 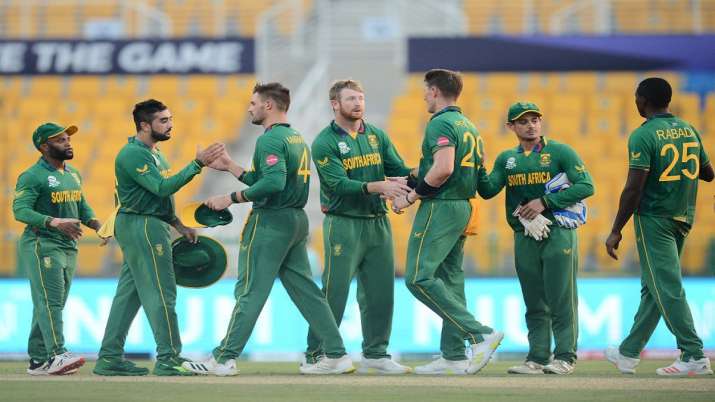 Toss won by SA and elected  to bowl first

Both teams have potential. I hope match will be interesting. WI needs to boost up their game.