TB: &quot;This is my last show on television&quot; : Ulka Gupta

"This is my last show on television" : Ulka Gupta

Ulka Gupta popularly known as Jhansi Ki Rani and who is now seen as Ami in Khelti Hai Zindagi Aankh Micholi talks about her journey in the industry and her decision to act in Bollywood films in future. 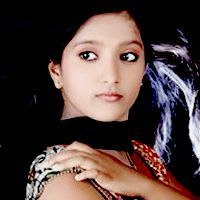 Ulka Gupta who is barely 16 years of age and is pursuing her 12th boards from Mithibai College in Arts wants to become an ace Bollywood actress. She is currently seen in Khelti hai Zindagi Aankh Micholi as a sweet and naughty Ami. Earlier she also played the role of Ek Veer Stree Ki Kahaani Jhansi in Jhansi Ki rani in Zee TV.

TellyBuzz had a candid conversation with Ulka who shares about her Bollywood dreams, her source of inspiration towards acting and her journey in the industry.

Here it is what Ulka said...

How did your journey in this industry begin?

I started acting in a very early age when I was barely 8 years old. I did couple of advertisements and shows then. Later I gave an audition for Jhansi Ki Rani and got selected and then I Khelti hai Zindagi... happened.

Who was your inspiration behind becoming an actress?

My father was my inspiration and source of motivation as he himself is an actor in films. His name is Gagan Gupta. Being a daughter of an actor itself feels good and somewhere the genes do come in.

In which standard are you studying?

I am pursuing my 12th boards in Arts stream and doing correspondence from Mithibai College.

How important is it for you to complete your education?

For me education is very important and I respect it and I will pursue BA post my 12th and if possible I would like to get into Masters of Politics.

How do you cope up with studies and shoot?

Well, I usually try to balance time out by taking leaves whenever required. It's not that tough as I have to juggle between my studies and shoot.

How is it working with Gautami Gadgil?

To be honest, I thought that she is Mrs. Ram Kapoor so I had a sense of feeling that she would somehow be very different or may have an attitude but I was amazed with her perfection and her kindness. We share an amazing rapport with each other. In fact we actually rehearse our lines together and we also help each other in many ways as we both portray the roles of mother-daughter in the show. So we help each other in understanding the bond of togetherness. She is the most amazing human being and a very good co-actress.

There is a sudden transition in your role from Ek Veer Stree Ki Kahaani Jhansi Ki Rani to Kheta hai Zindagi...was it difficult for you to portray this role?

I feel Jhansi Ki Rani was one of its kinds where I had to portray a role of a typical empress which was very different and somehow I have practiced and learnt a lot from that show. I used to read books to polish myself to get into the skin of the character while the role of Ami is very much a younger version of myself. The way today's teenage girls are presented on screen, this 16 year old girl Ami acts and behaves like a 12 year old girl as she is too protected by her family. But every girl would certainly relate to the character of Ami. Whom do you get along with the most on the sets?

I get along with everybody on the sets. Manav Gohil as an actor is very nice. He is also very jovial but my tuning with Gautamiji is immensely high and I also have sweet moments with my on screen sister Khusboo. She is very mischievous. In fact we both are mischievous.

What is your ambition?

I want to be a successful actress in Bollywood. I may not have good height but I do have a sense of good acting skills. I know the trend these days are of tall girls but acting ability is also must. There were yesteryear actors like Jaya Bacchan, Waheeda Rehman who are not tall too but still are very famous. I too want to make it big in Bollywood.

I usually don't get time to watch television. Whatever time I get, I go home and either study or rest but I do watch my own show.

How similar is your character in real life?

I am more like Ami in real life, but I wasn't talkative at all. After essaying the role of Ami, I have started talking. I mostly used to be very focused. In fact I gel with most of the people and at times I don't open up so you can say I am an introvert.

Moreover one thing that my relatives keep on telling me is that I am way too grounded and I just don't actually have any celebrity like feeling. I should mostly have some kind of attitude and act like a celebrity. I give my due time to everybody which people think I shouldn't.

Had you not been an actor what would you be?

I am very much interested in Politics so I want to become a politician. Had I not been an actor I would have tried my hands at politics.

If you get an offer wherein you have to play a main lead in a typical daily soap like Avika Gor is doing in Sasural... will you accept it?

No, I will never accept it. I want to make it big in Bollywood and I want to play the roles referred to that of my age. This happens to be my last show on television. I would want to pursue my Bollywood dreams for now.

What kind of offers were you getting?

I am actually getting the roles of female leads but I was  not very keen to take the offers as I wanted to prepare myself for Bollywood. I want to become an actress. If I take up the role of a female protagonist then it would be typecast and I don't want it to be.

What do you usually do during your free time?

I mostly read books, sleep and I love playing with kids in my building. I am a boxer and love swimming as well. I am a sports person and this will groom me better towards making me an actress. I also know Horse riding as I had to learn it during Ek Veer Stree Ki Kahaani Jhansi Ki Rani.

All the best Ulka for all ur future dreams
REPLY QUOTE

Tfs
All the best Ulka

First of all I want to say there is nothing against Ulka .I'm only writing what I feel. I hope Ulka's fan understand me: Ulka Don't want to do Television why?  What she is today only because of television. Its perfectly ok not to take Avika's kind of role, I'm also not in favour of that. But all TV shows r not bad and I don't see something very amazing in Bollywood. Besides there r many TV Actors who did the same, were left behind. They r nowhere, neither in Bollywood nor on Television. Even I got  to see their faces in some movies then I recognize them only by the TV show they've done otherwise I wdn't give them attention because the center of attraction in bollywood is always the Lead Actors. And I don't think she wd get role of main lead seeing The competition exist in Bollywood ( Kareena,Katrina,..etc)
2
REPLY QUOTE

I totally ...she will nowhere after leaving TV ...it hard for her go be lead too many beauty esp so many model willing to turn to bollywood ...so many TV actor have mistake the same mistake n never Seen on TV or movie afterward