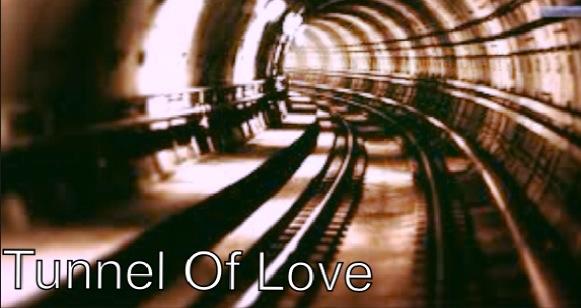 At this time, during this part of the day, at this exact hour, I am usually sitting in a plush air conditioned car. I normally place myself in a comfortable seat as I enjoy the luxury of ordering my driver around.

But today, my car is being repaired due to some sort of damage. So instead, I currently stand here amongst a crowd of people, faces I may or may not have seen before. People I don't care about. I look at my feet on the platform as I wait for the metro. I could have easily asked someone else to pick me up'maybe my brother? Or Mama? But Di had suggested I do this instead and experience the method in which hundreds of people use everyday to get from destination to destination. I scoffed at her idea initially, but at the end of the day I had to comply. I would do anything my sister asked.

I watched it before my eyes, as the metro came to an abrupt stop.

Doors, so many doors in front of me. People pushed and shoved, trying to make way inside before it closed abruptly.

I stepped in and took the closest seat. A seat beside the window, the outskirts of Delhi whooshing past my eyes. I looked around and realized how closely connected I was with these faces around me. A man who intently read a book, a girl who pushed in her ear phones as blasted some music to drown out all the other noise, a couple who sat alone in the corner, and a woman who spoke a little too loudly with a friend, making sure everyone else knew her story as well.

I am rich. I have an amazing family. I can have anything I want, anything I desire at the snap of a finger. I am Arnav Singh Raizada, the cold hearted arrogant business tycoon.

So why the empty feeling? What is missing from life?

The doors opened again, allowing people from the next stop to walk in. I realized how the majority of people get off at this stop, making it a little easier to breathe.

And that was the moment when a small figure stepped in. Her long hair that held itself loosely in a plait to the side, was a rich colour of chestnut brown. Strands of hair that had mistakenly gotten out, framed her porcelain-like creamy skin. A straight nose, with full lips.

But none of that had caught my attention as much as her eyes did.

She sat down, across from me. Her eyes were downcast.

Why was she sad?

Moreover, why did I care?

I looked away again, trying not to stare. Except I couldn't.

What was she thinking?

That was when she finally met my eyes, and I saw the depth. I saw the flecks of gold in her warm eyes.

And all I knew was that I had to know her name.

She looked away immediately, hiding those orbs behind the curtain of long lashes.

I took a deep breath and glanced around the car, noticing not too many people left.

It was practically empty in reality, yet in my head I could only concentrate on the frail and innocent looking girl in front of me. A girl who looked like she belonged to a middle class family, the opposite of the girls I usually had around me. So why didn't my gaze pass hers, like it had passed the rest of the people around me? Why did I suddenly feel some sort of magnetic pull towards a girl I didn't even know?

I realized that I had no idea what stop we were approaching or whether I had missed my own.

And I didn't even care.

I looked at her again, and found my voice.

"Yes, I'm fine." She looked at me rather strangely.

I nodded slowly, she was lying.

And then the doors opened, and she almost jumped. She looked around before grabbing her colorful bag and almost running out the door.

So this was her stop.

She turned around immediately, her eyes meeting mine from over her shoulder.

I could have sworn I saw a slight smile before she turned around and headed out the door.

Slumping in my seat, I sighed frustratingly. Yet a small smile crept over my lips.

I finally knew the answer to my own question; I knew what had been missing this whole time. And I also knew that I had to help her.

I wanted; no I needed to know how those eyes would look when they were happy.

How would they look when she felt love?

How would they look while she looked at me?

That night, I slept with a different sensation. A sensation of longing, a feeling of anticipation. For the first time in my life I looked forward to the next day. Nothing had changed; perhaps I was still the same arrogant stone hearted man. I would still go to work and order people around. But in the evening, I would take the metro again.

A/N: I have no idea what this is. I randomly had inspiration for this today as I sat on the metro (of course). I have left it as an OS for now, but I do have more and if enough people would like for me to continue, I am more than willing. If you enjoyed it, hit the like button or leave a comment if you get the chance.

You can also check out my other works if you're interested:

FF: Running From The Truth

Interesting start!!!
You never know what you will find out in the world if you don't move from your comfort zone...

Well lets first answer the question you asked... Should you continue?

This has SO much potential. It could even become a great SS!

Funny thing is that I took the subway a few weeks back and I wanted to write something about it and ArHi. But looks like you beat me to it! Lol. Hmm... Maybe we could do a collab! Lol, just thinking out loud. Do let me know if you would like too. :)

Anyways, now onto the story! I read you SS - Who Knew? And you write in third person and seeing this first person was just spectacular! Not everyone can do first person so well. :)

The idea was well unique and I like what you did with it! :D

And now a short quote for you and this piece -

"And that is how change happens. One gesture. One person. One moment at a time." - The Sweet Far Thing.Edited by Titaliya_AP - 8 years ago
1
REPLY QUOTE