TB: Yana Gupta to enter BB house in a cage

Model-turned-Bollywood item girl Yana Gupta will participate in the "Bigg Boss Season 6" finale - she will enter the house in a cage and later she will perform. 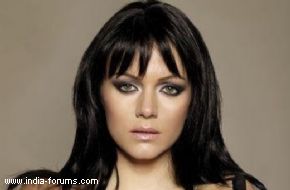 Model-turned-Bollywood item girl Yana Gupta will participate in the "Bigg Boss 6" finale - she will enter the house in a cage and later she will perform.

The finale of the reality show will be aired Colors Jan 13.

"She will be performing in a cage hung on a crane and that will go inside the house. She will get one evicted contestant out (with herself) in the cage," the source added.

After her act, only the final two contestants will remain in the house.

Yana was said to have been offered to feature as a contestant in "Bigg Boss Season 6", but she had reportedly turned it down.

As of now there are six contestants in the show - Niketan Madhok, Urvashi Dholakia, Delnaaz Irani, Rajev Paul, Sana Khan and Imam Siddique - vying for the big prize money of Rs.50 lakh.

The finale, to be hosted by Salman Khan, is expected to be a grand affair with four popular TV actresses - Rati Pandey, Keerti Nagpure, Pooja Gaur and Rashmi Desai - also performin