Old article on Rekha being pregnant with AB's baby - Page 11 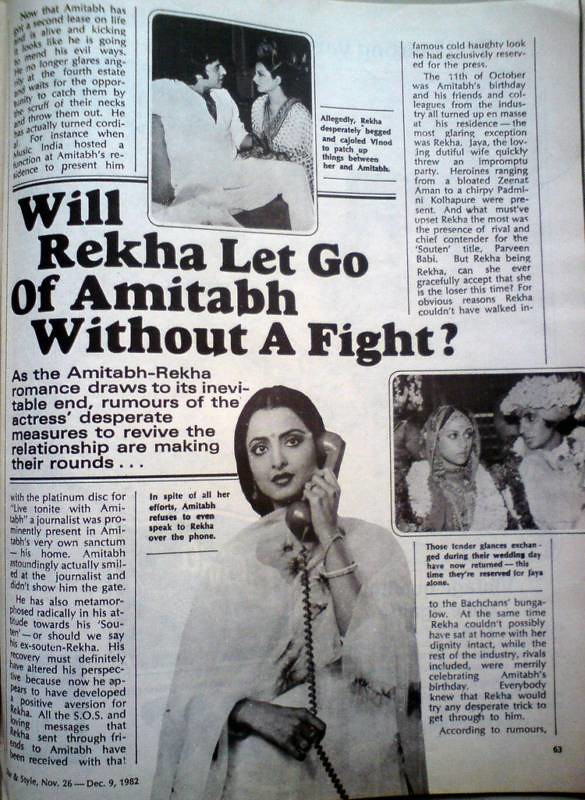 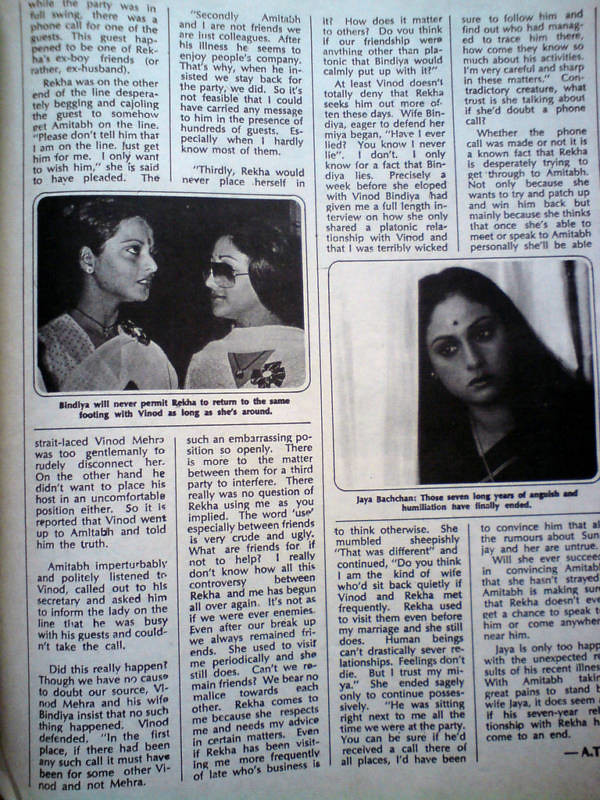 Not sure what this one says on the cover 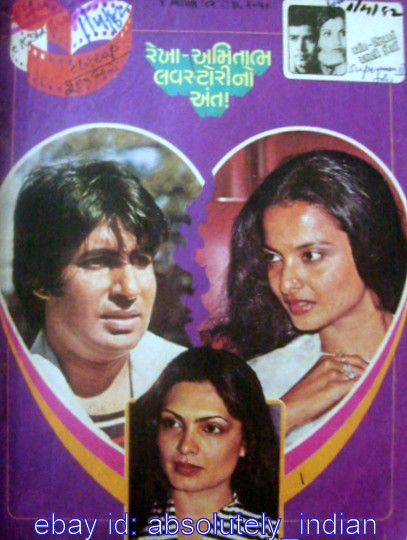 On the sets of Silsila 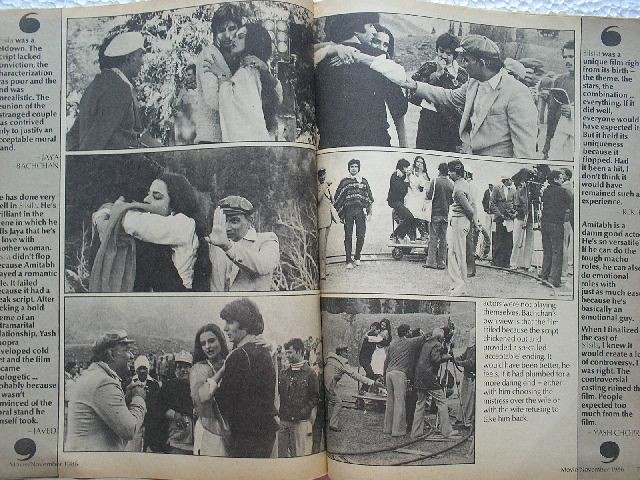 And this is what the actresses thought of him, quite a popular guy AB was 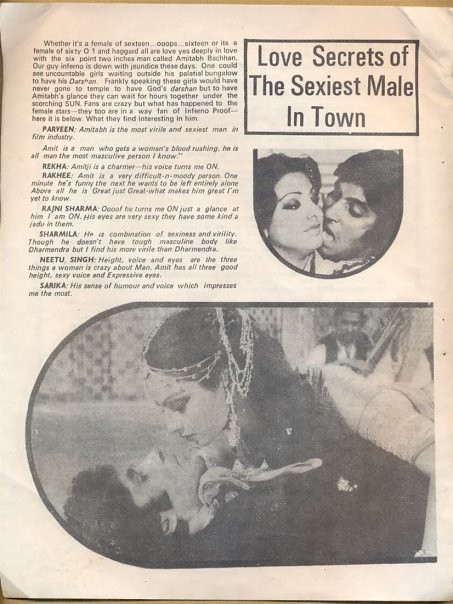 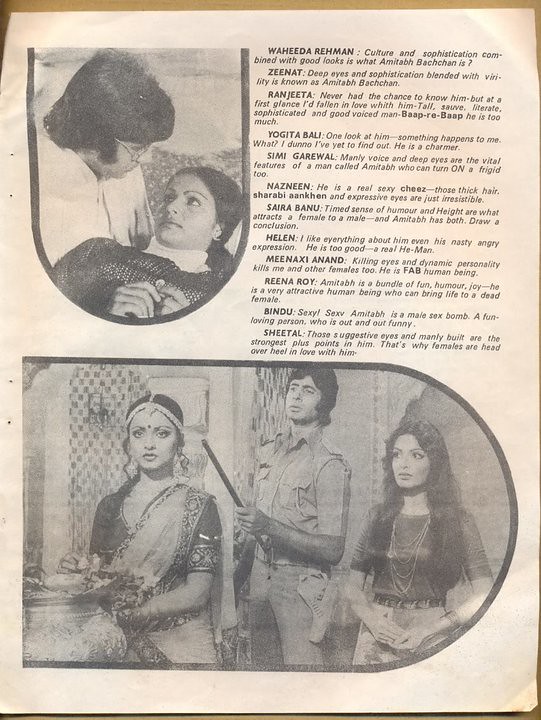 nope, have never posted/visited indian idol section
wouldnt know u unless u have been to bandini, zkj, avi/sigs, fc forums

Oh ok.. the other Megha I was talking about was also SRK lover so I thought you are the same..

in this pic they look so happy
in 1 way i feel sorry for rekha cos she said she would like to have loads of kids & she never did have any
plus i had no idea she's been a widow for so long!
in another way i dont feel sorry for her cos she's obsessing over ab still & @ the time she was married she was having an affair
i really think this thread has made me dislike rekha a lot more

They do look happy in the pic.. people close to him said that he was completely in love with her and she was not.. she said that on Simi's show too.. she said there was absolutely no love in that marriage.. but his friends claimed that he was crazy for her.. maybe he couldn't digest the fact that she didn't love him back.. he was one sensitive guy for sure..
Rekha is a mystery.. some people like her some don't  but nobody can resist talking or reading about her.. hope she decides to write a book about her life some day.. I would love to read that..

even though I know that there hardly will be any answers in that book..