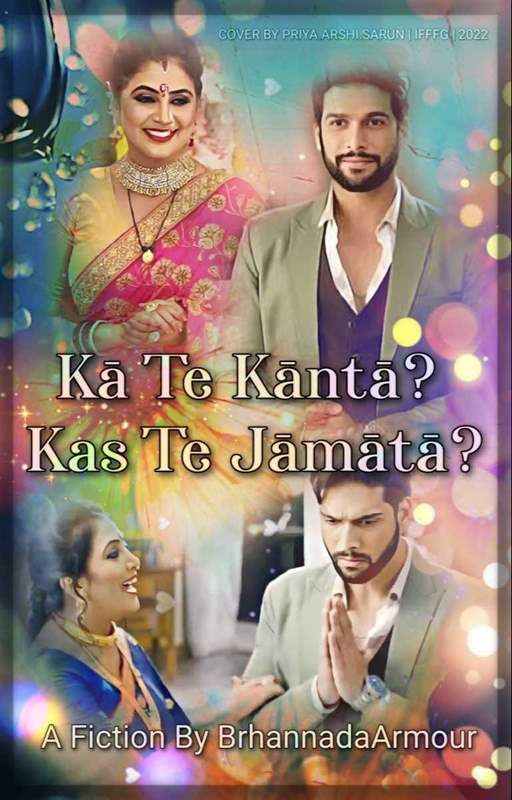 Show: Mehandī Hai Racanevālī. Raghav Rao needed a transfusion of four units of blood after hitting his head on the blunt end of a nail on the wall, just after removing the wedding photograph that upset his wife, Pallavi. My other story "Hasta-prāpya-stabaka-namito bāla-Mandāra-vṛkṣaḥ" tells you how Raghav recovered quickly and Pallavi's first husband Mandar Deshmukh was discovered alive. This is an alternative story in which Raghav lay in a coma for four months, dreaming of the last four months of storyline drama that never really happened. He wakes up to a visit from Pallavi's and his bitter enemy, Mandar's uncle's wife Sulochana. Sulochana has grown fond of her rich and speechless son-in-law, forgetting her lust for revenge and remembering the time he thought she was a suicide bomber and stroked her all over with a wand. Now that Raghav's awake, it's time for Sulochana to take out a peacock feather and have some fun!

Glimpse of Us By WildestDreams 98 1 1

Collections of drabbles that runs through the life of Kabir and Nandini in a ...

Truth And Happiness By BlurredLines 3361 2 2

Ram Kapoor had been lied to all his life by his family. They lied and said ...