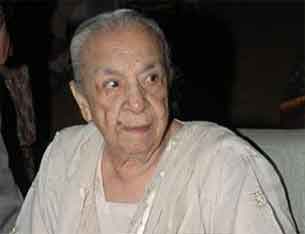 Such was the spunk and joy in Zohra Sehgal's life that when on the sets of 1997 film "Tamanna", she was offered tea or coffee, she asked for champagne, reveals the movie's producer and actress Pooja Bhatt.

"Had the privilege of working with #ZohraSehgal on my first film as a producer Tamanna. 'Champagne' she exclaimed when offered tea or coffee," Pooja tweeted in reminisce of the wondrous actress, who regaled film and theatre audiences for over seven decades.

Her zest for life is a trait that many, including Pooja, wish to inculcate in their own life.

"A long life is not what I seek. A full life? Yes indeed. Dear God - May I have the gall & desire for champagne & life a la #ZohraSehgal," she wrote.