India Forums is back with an interesting update from the world of entertainment. Actors Sudhir Pandey and Varun Badola needs no introduction. Their line up of work and performance par excellence speak for themselves. Well, Sudhir Pandey has been a prominent name in Bollywood and Television. The actor has always garnered respect from his stint in various shows. His performance in Star Plus’ Sasural Genda Phool was quite appreciated. He has been a part of projects like Toilet: Ek Prem Katha, Ishaaron Ishaaron Mein among various others. Sudhir Pandey is synonym to discipline and respect.

Varun Badola has a different fan-base. He has always tried different sort of characters. From positives to greys and negative, Varun has done it all. Recently, Varun played a middle-aged father to a teenager in Sony TV show ‘Mere Dad Ki Dulhan’ which received a lot of adulation. He was seen in a completely different avatar in ALTBalaji’s project ‘Apharan’. His realistic performances have always been a treat to watch.

Recently, both Sudhir and Varun got the opportunity to meet the Honorable Governor of Maharashtra Mr. Bhagat Singh Koshyari. The actors spend time with him over a tea and seem to have been engrossed in long conversation.

Varun took to social media and shared a few pictures from the evening. He wrote: “Honored to be invited by The Governor of Maharashtra Shri Bhagat Singh Koshiyari Ji along with Sudhir Pandey Ji.”

We’re sure the conversation would have been quite enriching and enlightening one given the fact that such eminent personalities were involved.

Shabana Azmi visits the sets of ‘Zindagi Mere Ghar Aana’ for a special ... 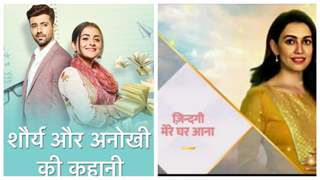