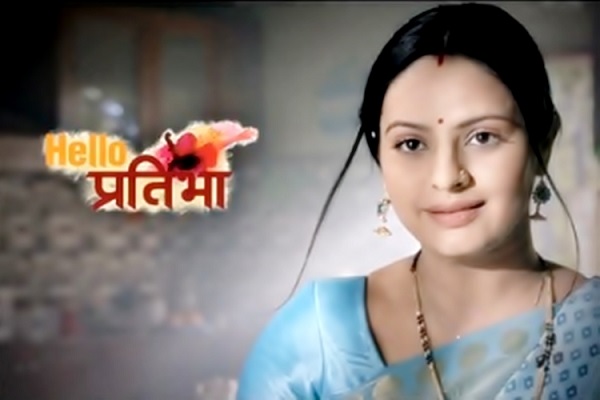 After their last venture Sapne Suhane Ladakpan Ke on Zee TV, which had a run of successful two years and making its place in the hearts of the viewers,  Shankutalam Telefilms launches its new show which traces the story of a married woman Hello Pratibha.

Well as the promos have  already hit the screen, it seems that the production house has tried to bring variation and experimented with a different concept.
Elaborating little on the story line, Hello Pratibha revolves around a lady Pratibha (Binny Sharma) who solely devotes time for her family. Before her marriage she was an ambitious girl but after becoming a housewife she is facing identity crisis. So its the story about how she will she rise above from this situation, how will she gain respect in front of her own family members.
Coming to the star cast it has good looking Binny Sharma who will be seen after a long time on-screen and she perfectly fits the bill. Portraying the role of husband Mahendra is Sachal Tyagi who was seen in a power packed performance in Zee TV's show Agle Janam Mohe Bitiya Hi Kijo. Other supporting cast comprises of  Snigdha Pandey, Sangeeta Panwar etc.
Well, gear up to see another women oriented show.
Phalguni Sharma

It's good to have you back

6 years ago SSLK Rocks!!! All the best to the cast! Will surely missed so much!

+ 2
6 years ago guy opp binny is quite older thsn her...
good luck binny..
miss ur dancing though

Trust him to crack jokes about losing as well!!!

You are THE GREAT

9 years ago Love SRK-Juhi's onscreen chemistry, friendship, & everything about them. Love them together. They are beautiful.

+ 5
9 years ago LOL!!! trust SRK to crack up jokes like these about his team..even when disappointment of not making it to the final four is evident..!! You ROCK!!