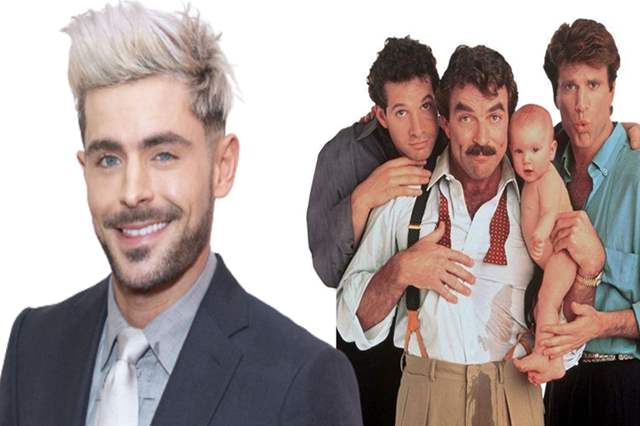 One of the most iconic films is getting one of the most loved superstars to star in it. Actor Zac Efron has been roped in to star in the remake of the 1987 comedy, Three Men and a Baby, which was made by Disney.

The remake is intended for Disney+ with Disney's live-action division running point. Gordon Gray, best known for his inspirational sports dramas such as The Rookie and this year's Ben Affleck-starring The Way Back, is producing.

Initially a remake of a French film, Three Men brought together a trio of 1980s stars - Tom Selleck, Steve Guttenberg and Ted Danson - as New York bachelors who find themselves caring, and subsequently, falling for, an infant. Drug dealers who threatened the child also figured into the plot.

The movie was directed by Leonard Nimoy and proved to be a major hit, becoming the first live-action Disney film to cross the $100 million mark domestically. It was followed by Three Men and a Little Lady in 1990 that reunited the cast but not Nimoy.

Will Reichel wrote the script for the remake. It is unclear how the material will be updated.

Yami Gautam and Vikrant Massey collaborate for Mohsin ...
3 minutes ago

review
Review The Confession Review: The film Relieves all the Serial ...
24 minutes ago