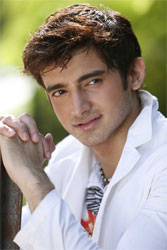 The Garodia family in Zee TV's Betiyaan had been plagued with problems aplenty, but the twin happiness in the form of Jhanvi and Gauri's marriage provided some much-needed solace to the family members!!

However, their smiles have yet again vanished with the sudden illness to the 'Jamai' of the house Kshitij, husband of Saraswati (Kshitee Jog) who is suffering from a kidney failure and needs an immediate kidney transplant to survive. Luck did not favor Saraswati as she cannot give her kidney to her husband.

But now, there is a twist in tale as the forbidden brother and son of the house Yuvraj (Romit Raj) comes as a savior.

According to our source, "Tonight's episode will see Yuvraj transforming into a responsible brother as he donates his kidney to Kshitij. Nobody in the family will know that he is the one who has managed to bring back Kshitij from the jaws of death".

Will the Garodia family get to know of Yuvraj's sacrifice for his family?

Well, only time will tell!! 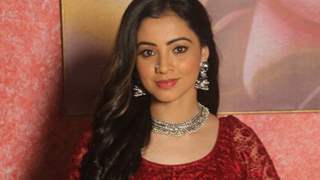 13 years ago It was a twist on the storyline... i hope that yuvraaj [romit raj]be a hero forever

13 years ago Obviously they will know.And then they will treat Yuvraj respectfully.Nothing new thats all i got to say.

13 years ago I watched this show in the start .. but, they changed the timings and I couldn't watch it anymore. Interesting to see him become a hero .. is this for real..

13 years ago I honestly do not care at this point... this show bores me now, so I dont wanna watch it... I do hope he stays positive though.

+ 7
13 years ago hope it stays positive in the show and obviously they will know the truth.

+ 4
13 years ago I would really like it if his character stays positive in the show!

+ 8
13 years ago interesting track.
i hope he stays positive now!!!