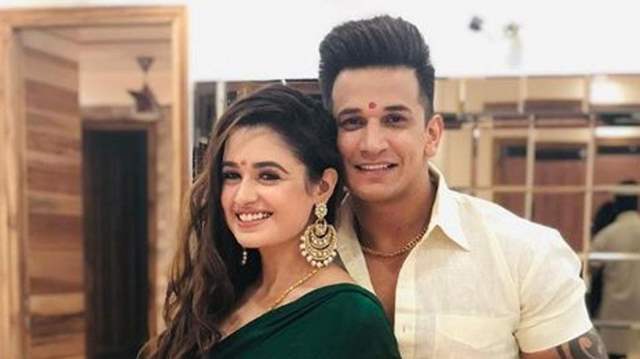 Actors Yuvika Chaudhary and Prince Narula were in the news recently for suffering from Dengue and COVID-19 one after another. While the duo is doing better now, Yuvika went on to reveal while talking to ETimes how it doesn't get worse than this and she hopes no one suffers as they have in the past few days. She recalled how the doctor had called Prince at midnight to arrange 3 units of blood platelets and he brought over 20 friends and relatives to have them tested for matching blood groups.

She also went on to speak about how she had suffered from bad stomach, vomiting, 104-degree fever, while her blood pressure dropped so much that she could not walk when they tried to get her out of bed. She added how both Prince and her immunity levels had terribly gone down.

While she added that they had quarantined themselves and tested negative for the Coronavirus, they were hit by dengue a few days later. She also revealed, "We are still feeling very weak and eating only some solid food, it's still mainly liquids. I am coming back to Mumbai to be with my mom for few days. Prince will stay back in Chandigarh with his parents for a few more days."

We wish the two good health and a speedy recovery!

Prince Narula & Yuvika Chaudhary Had COVID-19 Before Having Dengue

Bigg Boss 14: Prince Narula to enter the show with Sidharth Shukla and ...

Yuvika Chaudhary reveals that she and Prince Narula have tested ...