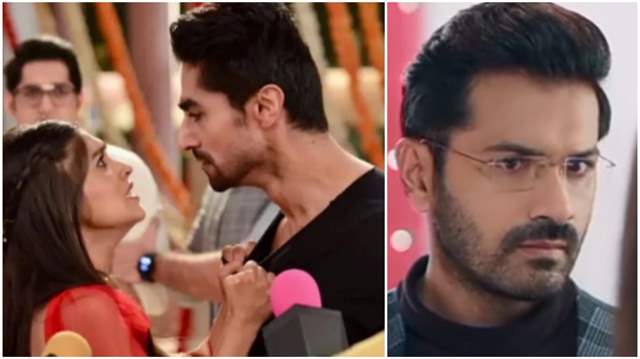 Star Plus show ‘Yeh Rishta Kya Kehlata Hai’ is getting quite interesting with each passing episode. The current track of the show revolves around Akshara asking Abhi to give her 24 hours’ time and she would prove her innocence. Abhimanyu agreed on Manjiri's insistence. Mahima planted a camera at Goenka house and saw Kairav there. She broke down and told Abhi that Akshara is just taking her time to find a new place for Kairav and she would never prove her innocent.

Akshara drops the mike and tells Kunal that she will not sing for Maaya anymore. She tells him that she overheard the conversation about him trying to keep Akshara in their lives forever so that she can sing for Maaya. From that point onwards, she tried to safegaurd Kairav and will soon prove his innocence to everyone. Kunal panics. He tells her that he has the proof that would help her. Akshara gets adamant and leave. Maya's name is announced on the stage and she panics, Kunal confronts her and tells her that he will get Akshara. Abhi overhears and beats him. He asks him the truth. Kunal lies and manipulates him stating that Akshu did everything to hide and keep her brother safe. Abhi gets shocked. He gets Neil's call who informs him that Manjiri has gotten a heart attack. Abhi panics and leaves for the hospital.

Anand states that he is trying his best to save Manjiri but her health is getting deteriorated. They plan to give music therapy to Manjiri. Akshara gets a copy of the proof and she reaches Birla house but finds it locked. Abhimanyu reaches Goenka house and meets Akshara. They hug each other and cry.