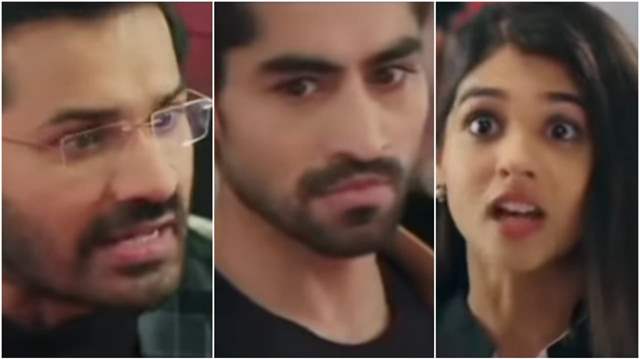 Star Plus show ‘Yeh Rishta Kya Kehlata Hai’ has kept the fans glued to the TV screens. The current track of the show revolves around Akshara asking Abhimanyu to give her 24 hours’ time and she would prove her innocence. Abhi has agreed for the same and is waiting for twenty-four hours to get over so that he can hear Akshara out and know why she left him a year ago.

In the upcoming episodes, Kairav enjoy the love and warmth at Goenka house. Manish and Aarohi try to probe about Akshara but Kairav tells them that he can’t talk about anything and Akshu would soon come forward and reveal the truth. A man gets flowers at Goenka house and sends a camera inside. Mahima sees Kairav relaxing at Goenka house.

Mahima lashes out at the family members and show them the video. She tells them that Akshara and Kairav are trying to fool Birla family. Akshu has only taken 24 hours’ time so that she can hide Kairav at some other place. Abhimanyu states that only 40 minutes are left for Akshara to reveal the truth. Akshu is excited and nervous as soon her life would change. She calls detective and calls him at the event location to get the proof. Kunal learns that Akshu had sneaked out of the hotel.

Akshara calls the detective, he states that someone snatched the phone and took the proof away. Akshu sees Kunal near the green room and informs him that she will not sing for Maya. Kunal asks Maya to calm down and he will get Akshara back. Abhi overhears the same and beats Kunal up.

+ 5
2 months ago Not sure Abhi overhears actual truth or not.Excited to see Harshad Chopda and Pranali Rathod's scenes after truth revelation.