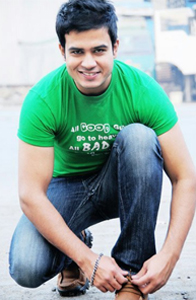 Star One and Balaji Telefilms' Pyaar Kii Ye Ek Kahaani will see yet another new entry in Yash Gera. The actor was last seen essaying the role of Pratik in COLORS' Bairi Piya.

According to our source, "Yash will be playing the love interest of Misha (Priya Wal). He essays the role of Shankar, a very confident and stylish guy who joins the college. In due course of time, the love story of Misha and Shankar will kick-start".

Viewers can also expect a twist in the tale now that Abhay (Vivian Dsena) has got to know about Pia's (Sukirti Kandpal) father.

When contacted, Yash Gera who is basically a DJ turned model from Delhi confirmed our news and said, "Yes, I am entering Pyaar Kii Ye Ek Kahaani. But I cannot reveal anything about it, as I am playing an important character".

Yash debuted on television with Sony's Palampur Express, after which he bagged the meaty role in Bairi Piya. His entry will be aired in tonight's episode..

udaygera 9 years ago I luv ur serial u r lukng very nice koochi poochi...mujhe bhi same specs chahiye..:( u luk very good in ur specs..gud atitude i luv u ..muaahhh :-*

cinemachap 9 years ago u are just awesome Yash.. keep it up.. god bless...

aasha75 9 years ago you so cute baby wana gv u mwah u luk soo sweet with misha u both guys sweet like hmmm chocolate :)

elex 9 years ago So finally thngs has come out shankar is pintu :) so its gona b rockkkkk nw lots of love buddy

Gishi 9 years ago WHAT THE HECK!!!!!!!!!!=O =O =O WHER IS SHAURYA??? COMEON PPL,SHAURYA AND MISHA'S JODI ROCKS!!!!!!! HW CAN THEY PAIR UP MISHA WITH SOMEONE ELSE,MISHA WAS TOTALLY IN LOVE WITH SHAURYA AND FOR ONE SEC THAT LOVE IS GONE! THESE EPISODES,IT LOOKS LIKE AS IF MISHA HAS FORGOTTEN HIM,PLS GIVE JUSTICE TO THE CHARACTERS EKTA! EVEN IF SHAURYA HAS LEFT,SHOW SOME SEQUENCE LIKE DAT,BUT U CAN THROW OUT A CHARAC LIKE DAT!SHAURYA IS INFINITE TIMES BETTER THAN SHANKAR!PAIR SHANKAR WITH T!!!

anju21 9 years ago OMG dude Yash i have seen your videos on youtube & your pix on google you are amazing soooo hott wat shud i say cooooooooooooooooooooooool & you are a dj tooo jst got ur album called mixtape amazing maaaaaan u rock love yaaaaaaaaa wana cc ur more more coool attitude by da way y dnt u take out ur shirttttttttttttt like other co-star in ur show :)