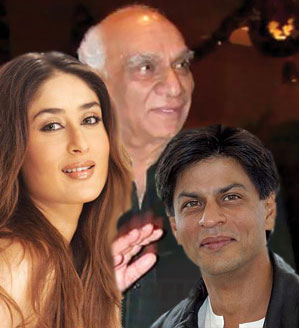 Kareena Kapoor walked away with the best actress trophy for her comic portrayal of a young Sikh girl in 'Jab We Met' at a glittering presentation ceremony at the MMRDA Ground in the Bandra-Kurla Complex in northwest Mumbai Sunday.

FTPGI hosts its own award ceremony to honour Indian artistes as well as creative and technical personalities from the film industry every year.

The trophies are known as 'Apsara' awards.

While 'Chak De! India' was chosen the best movie of 2007, its director Shimit Amin bagged the trophy for the best director.

A Pakistani television channel, ARY Gold, also honoured actor Hrithik Roshan as the Best Male Style Icon of the year at the ceremony.

The star, however, could not make it to the ceremony. His father, filmmaker Rakesh Roshan, received the trophy on his behalf. Katrina Kaif bagged the Best Female Style Icon ARY Gold trophy.

Akshay Kumar, who churned out the maximum number of hits last year, was adjudged the 'Entertainer of the Year' by the FTPGI jury.

Salman Khan, Bipasha Basu, Kareena and Riteish Deshmukh performed on the stage and livened up the well-attended awards presentation ceremony put together by Wizcraft.