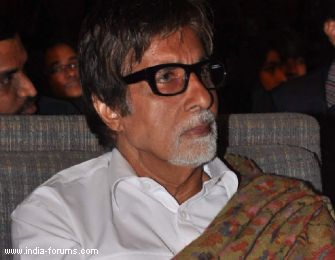 Film director Sujoy Ghosh feels honoured that Amitabh Bachchan lent his voice to the song "Ekla Cholo Re" for his "Kahaani" but he doesn't want to exploit the megastar's love by asking him to be part of the video.

"Yes, we have thought of a music video but Amitabh Bachchan has already done a huge favour to me by lending his voice. It is generous of him. It would be wrong to exploit Mr. Bachchan's love," Ghosh told IANS.

With Vidya Balan in the role of a pregnant woman in search of her missing husband, "Kahaani" is scheduled for a March 9 release.

Talking about his lead actress, Ghosh said: "For me, Vidya comes first, then my film. I wanted to work with Vidya for quite some time so finally we got the perfect script and went ahead."