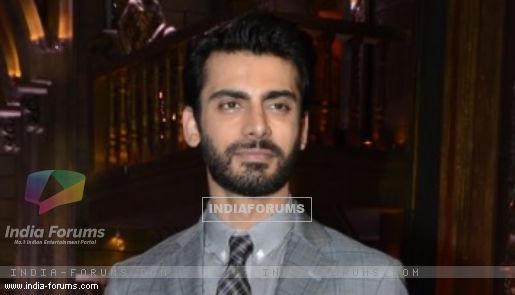 Fawad Khan, one of the most sought after actors in Pakistan, says he would love to take up roles like "3 Idiots" or "Munnabhai" in future.

A fine actor, he has carved a niche for himself in his homeland with his performance in movies like "Khuda Kay Liye" and successful TV shows such as "Humsafar" and "Zindagi Gulzar Hai".

Now he is all set to woo the movie buffs here with his first Bollywood film "Khoobsurat", which hits screens Friday. Post that he wishes to play all rounder kind of characters on the big screen.

"I would want to depict roles that has everything, something that is called mainstream here. '3 Idiots' and 'Munnabhai' series are few examples of mainstream films and I would like to do such roles," Fawad told IANS.

"I want to crossover completely and do every kind of roles," added the actor, who enjoys a huge fan following here too, thanks to his TV series, which are now beamed here.

His success mantra is to add perfection to his characters that he gets to play.

"My roles in all my TV shows had some kind of flaws. I never got a perfect role to play, but I tried to play all the imperfect roles perfectly and make it better," said the actor who was in town along with his co-stars Sonam Kapoor and Kirron Kher to promote "Khoobsurat".

The actor, who plays Vikram Singh Rathod, a serious no-nonsense kind of guy in "Khoobsurat(2014)", a remake of Hrishikesh Mukherjee's directorial venture, clarifies that there is no similarity between him and his character in the fun-filled drama.

He said: "I am not at all a boring and quiet person in real life, something that my character has been depicted as in the film."

When asked how did he prepare for the role, he thanked ace designer Raghavendra Rathore, who has royal lineage, and said: "My clothes in the film were made by him. So whenever he used to come, I used to observe him a lot. His mannerism, royalty, and the way he talks with people, helped me lot."

Also a singer, Fawad is open to collaborate with Indian filmmakers on music front.

"I was asked to sing a song in 'Khoobsurat', but I denied the offer. However, in future, I won't mind doing it," he said.