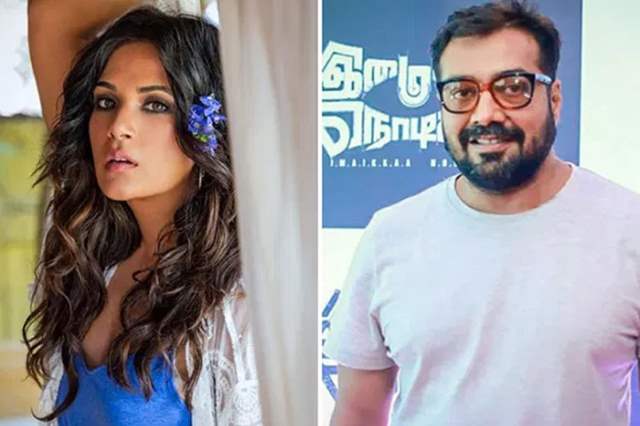 It might have only been a few days since actor Payal Ghosh went on to accuse filmmaker ANurag Kashyap of sexual assault but the saga has certainly unfolded in a ton of ways than one can imagine. And while he receieved tremendous support from the industry, one other name that was dragged into this saga by Ghosh was that of actor Richa Chadda. Ghosh went on to mention her name into her accusation for Kashyap which was immediately responded by a legal notice from Chadda to Ghosh or ‘unnecessarily and falsely (dragging)’ her name into her allegations of sexual assault against the filmmaker.

Ghosh claimed that female actors like Chadda, Mahie Gill and Huma Qureshi would perform sexual favours for him and he expected the same from her.

While Qureshi and Gill responded to the claims themselves, Chadda went on to do that in a social media comment herself. Responding she said, “Anurag ne bakwas ki hoti to use legal notice ki jagah court le jati. Apni ideology apne paas rakho mai darne walon mein se nahi hoon. Ladki ne badnam karne ki koshish ki hai (I would have dragged Anurag to court,not just sent him a legal notice, had he said such baseless things. Kindly keep your ideology to yourself, I am not someone who will get scared. The woman tried to defame me). We will take legal recourse and see this to logical conclusion. Aur yaha zyada sher bano tumhara har msg mere case ko aur mazboot banata hai (Continue displaying your courage here, it is only strengthening my case. All your messages are evidence for my case).. It’s evidence.”-

Meanwhile, Ghosh has filed an official complaint and we await for the next step in the legal procedure in this saga.