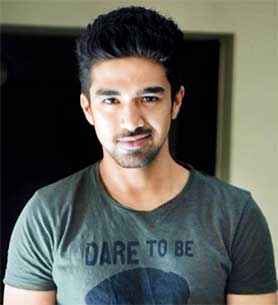 Actor Saqib Saleem could not believe that he is getting a chance to work with filmmaker Amole Gupte when he signed "Hawaa Hawaai".

"I had seen 'Stanley Ka Dabba' and that time I had an agency and I asked them to somehow get me to meet Amole Gupte and I would do any small role in his film. When I got to know that he is making a film, I went to meet him and we did a look test," the 25-year-old said here Tuesday at a special screening of "Stanley Ka Dabba" for underprivileged kids.

"When he told me that 'you are doing my film', I couldn't believe it at first. But now that the shoot is almost over, it has sunk in that I have done a good film," Saqib added.

The actor plays a young skating coach in "Hawaa Hawaai".

"Our film is about everybody who has a dream and about fulfilling it. I play a 22-23-year-old skating coach. I can't tell anything more than this, you will understand more when the trailer comes out," the actor said.

"Hawaa Hawaai" is slated to release April 18, next year.