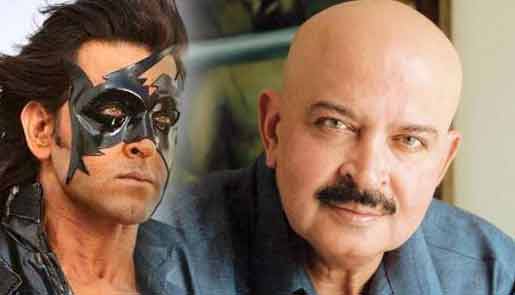 After giving Bollywood its "Krrish" series, Rakesh Roshan has finally set his sights on a new script. However, he hasn't ruled out making "Krrish 4" in future.

Rakesh, his brother and composer Rajesh, as well as actor son Hrithik were Friday felicitated here for the family's contribution to Indian cinema.

Asked by IANS when the trio will work together again, Rakesh said: "Very soon!"

"I am working on a script. I was looking out for a script for all these days. I think I have got one good idea and we are working on it. I hope it turns out well and we start the movie," he added.

Will it be another instalment of "Krrish"?

The trio has worked together since Hrithik's debut film "Kaho Naa... Pyaar Hai".

At a discussion held after the Roshans were felicitated at the CII Big Picture Summit, Rakesh said that he would never choose a subject for a film where Rajesh and Hrithik aren't required.