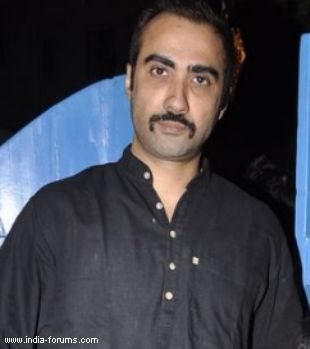 He has been in the industry for a decade and proved his mettle as an actor with films like "Khosla Ka Ghosla", "Bheja Fry" and "Mithya", but Ranvir Shorey rues he is not getting the kind of roles he wants to play, since filmmakers are not to ready see him beyond a supporting actor.

"I am not getting the kind of roles that I would like to do. I am definitely not getting the attention. In Hollywood, they appreciate a talent lot more than their connections, in our business it's just connections," Ranvir told reporters in an interaction.

"I would be lying if I say I want to play lead all the time. Good part matters to me. It's not that I don't want to do lead roles in the big budget films, but it's that nobody wants to cast me. They want to cast me only for supporting roles," he added.

Ranvir, who is often seen playing comedy roles in Bollywood, admits it is very easy to get stereotyped in this industry. he is ready to struggle, but won't repeat his performance, he adds.

"When 'Khosla Ka Ghosla' happened I got so many offers to play a looser Delhi boy. If you have worked as something, they will use you just as that. They will suck you, chuck you, simple as that," said Ranvir, who is married to Konkona Sen Sharma.

"In fact, I have tried never to repeat a performance. I will be struggling all my life, I don't mind but I am not going to fall into a mould. I am here to enjoy acting. I might not be making money, I might not be very successful but at least I am having fun," he added.

Ranvir is gearing up for the release of his new film "Fatso", which is directed by Rajat Kapoor and features Gul Panag, Purab Kohli and Vinay Pathak. The actor said not many directors, other than Rajat, have shown enough faith in him to offer him the lead.

"But there are other braver people like Rajat who have managed to cast me in the lead role. There are few people who have shown enough faith in me. I hope more filmmakers will take a chance," he said.

While many distributors and producers are cashing in on some well-known stars, Ranvir wonders why they don't risk the money on the talent, who has proved themselves.

"Do you think I have so much of money to market a film it's a business venture. My appeal to distributors and financiers is that instead of risking crores of money on the same set of people, why not risk half that money on people who have proven some talent and have the potential of making some money," said the 39-year-old.

"Nobody is in this industry for charity. Everybody wants to make money and I completely understand that. I want to make money for you guys (distributors and producers), but you have to be ready to risk it."