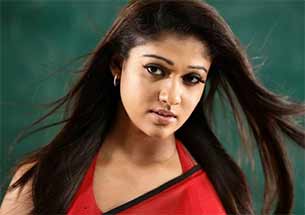 Actress Nayantara, who is gearing up for the release of southern remake of hit Hindi movie "Kahaani", says she usually doesn't like women-centric movies because they are too much of a responsibility for an artist.

Coming out Thursday, the remake has been titled "Anamika" in Telugu and "Nee Enge En Anbe" in Tamil.

"I usually don't like to do women-centric films because it's too much of a responsibility on your shoulders. Everything has to be correct but when I saw 'Kahaani' I thought this is one film, which I would want to do in south," Nayantara said in an audio statement.

She says "Anamika" is not a frame-to-frame copy of "Kahaani".

"If Kolkata was a character in 'Kahaani', old Hyderabad becomes an important character in the remake. A lot of changes have been done in the south adaptation. It will not be like a cut, copy and paste of the original," she said.

Nayantara has stepped into Vidya Balan's shoes in "Anamika", which has been directed by Sekhar Kammula. But unlike the original, she does not feature Nayantara as a pregnant woman in the remake.

Although Nayantara wanted to play the pregnant character, she says her director thought otherwise.

"It was completely Sekhar sir's call. From the very beginning, he didn't want the pregnancy part in the story and I was very scared about this because that was the main plot about the film. He wanted to make it even more challenging without the pregnancy part," she added.

"I usually don't aim for any awards. When I'm doing a film, I do it with all heart. The reason I did the remake is because I really liked the script and I thought it will be like a nice suspense thriller. It's also a strong woman-oriented film," she said.

Not apprehensive about playing pregnant characters, she feels actresses should flexible.

"In 'Sri Rama Rajyam', I played a pregnant character through most of the film. I also have two kids who are about 10 years old. I don't think all this should stop an actress from doing a role because I believe we should be ready to do anything for a character."

In her opinion, "Anamika" is a "realistic film".

"When you will see the film, you'll realise how realistic it is... from the costumes to make up... we also shot in several real locations. All this makes it a very realistic film," she added.