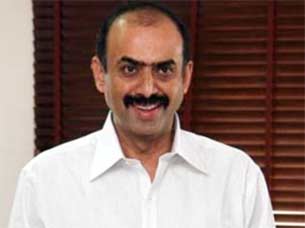 Producer Suresh Babu is extremely thrilled that his forthcoming Telugu thriller "Drishyam" will mark 50 years of their production house.

He says he would continue to back path breaking films under his banner Suresh Productions.

"We complete 50 years with 'Drishyam'. If you take a closer look at the history of Suresh Productions, we have shown an ability to challenge new ways in filmmaking and also handled multiple genres and themes. We hope to continue backing such films," Suresh said in a statement.

He wants to carve a niche with "Drishyam", eponymous remake of a Malayalam blockbuster. Jointly produced by Suresh Productions and Rajkumar Theatres, the film releases Friday.

"Besides the unique concept, the film also brings in a new perspective to theater entertainment. I hope to carve a niche with the film and encourage such films to be bravely backed by producers," he added.

Suresh's brother Daggubati Venkatesh plays the lead in "Drishyam", which is about a man's struggle to protect his family.

Heaping praise on his brother, Suresh said the film "is a bold step in his career

"As an actor he's shown greater acumen than many realise. He tapped the right opportunities to make a great impact... He knows his strengths and excels in them. He is confident that 'Drishyam' will connect with his fans," he said.

"The reel chemistry between Venkatesh and Meena will rekindle their yesteryear magic," he added.