The reality show of Sahara One and Swastik Pictures, Saas V/s Bahu is all set for its conclusion with the finale coming soon. The finale was between the Saas - Jayati Bhatia, Kishori Shahane, Vaishnavi and Krutika Desai and Bahus - Juhi Parmar, Rucha Gujrathi, Barkha Bisht and Jasveer Kaur.

“The Grand Finale saw a breath-taking battle and ultimately, the Saas Team won the contest. The finale saw the Saas and Bahus putting their best foot forward for the various rounds. It was a closely fought race wherein the Bahus lost by a narrow margin of 2 points", says our khabroo.

"The saasus were more energetic and lady luck too was in their favor. The bahus were also good, but it when it came to performance as well as the oomph factor, the saas team were the best", adds our source.

The finale was supposed to be aired this week, but due to the Producers' strike, the semifinals will be shown this week followed by the Grand Finale the coming week.. 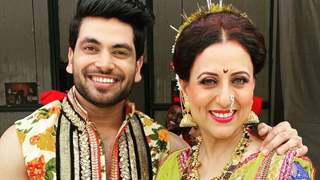 14 years ago well i think it was a well deserved victory...the saas team was really good when compared to their age!!! this was one reality show that i enjoyed a lot!!! congo to the winners...

+ 3
14 years ago congrats to the saas!
i wished juhi would win but never mind, reaching the finale is already a big achievement!

+ 2
14 years ago Congratz to the Saas team!! both teams did really well! Juhi rocks!!

xbakulax 14 years ago Congratulation to Saas team and Hats of to them, they were very good even in qaurter final. We admired their dedication and energy.