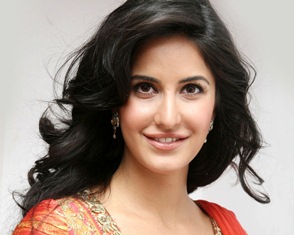 Actress Katrina Kaif who has finally opened up to media, makes light of Kareena Kapoor and Ranbir Kapoor's conversation in 'Koffee with Karan', saying they said it as a joke.

She was speaking to reporters during the press conference of 'Dhoom 3', set to hit the screens on December 20.

Asked how did she react to Kareena's comment on 'Koffee with Karan' where she said she will dance on Katrina's hit songs at Ranbir's wedding, Katrina said, "Kareena and Ranbir are cousins so they pull each other's legs. There is no such thing like that. They said it as a joke. I don't think they were serious."

Reacting to Ranbir's statement which says Katrina is a special person in his life and he would like to give his life for her, she said: "I would like to give my life to anyone who needs and who is a dear friend. If Ranbir is ever in need, I will definitely be there for him."

Ruhhee 6 years ago Just trying to fool everyone, the press, the public, the colleagues, the viewers and most above their fans..be straight forward..n tell the truth..playing the fool game and thinking everyone is stupiddd..pay the price for being the in the public eyesss

Mandana Karimi and Radhika Apte come out in support of ...
14 minutes ago