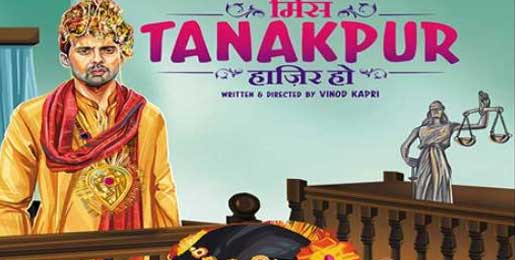 "Miss Tanakpur Hazir Ho" was scheduled to release on June 19, but it has been postponed by a week as director Vinod Kapri wanted the movie to have a good showing.

On June 19, the much talked-about "ABCD 2", starring popular actors Varun Dhawan and Shraddha Kapoor, is hitting the screens.

Kapri told IANS: "Making a film is one thing, but selling a film is a tougher job. My film is based on a real incident with some fiction and comedy added to it. I want this good content to reach the maximum audience and, hence, we pushed the release date to June 26."

Kapri, a journalist-turned-director, is making his feature film debut with "Miss Tanakpur...". He is very happy with the response his film's trailer has garnered from biggies like megastar Amitabh Bachchan and filmmaker Rajkumar Hirani.