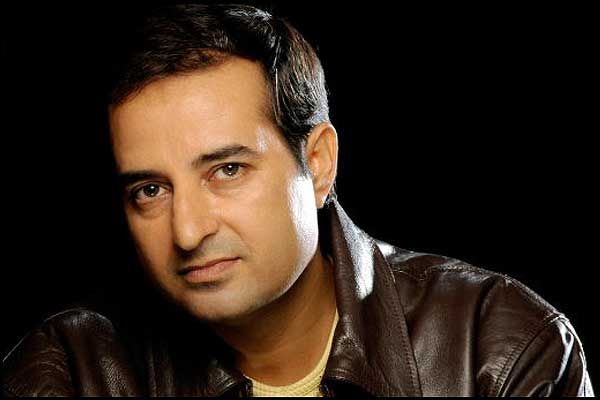 Rajesh Jais, currently seen as father of four pretty girls from Shastri Sisters, is an honest man. While we caught up to converse with him about how his character will progress in the show, we were taken aback when he expressed his dissatisfaction for his character.

Let us hear what he had to say!

Rajesh said, "Yes, I am dissatisfied with my character. I am not wrong when I say that because I want to evolve myself as an actor. I am not blaming anyone for my character not progressing on the show but I am tired being a pillar in the story."

Those were some words!

He averred, "Let me tell you a bit about myself. Be it any character I essayed, I was offered similar characters after that. Since I did not want to be pigeon-holed, I kept taking sabbaticals after the wrap up of my shows and waited only to be offered the same. I took that up to explore myself and then the same thing followed after the show concluded."

"This industry needs tailor-made actors so I do not blame anybody for offering me cliched characters. Everyone is in the run to get maximum rating and hence churn out tracks which appeal to the masses. But I really want to see myself doing varied roles so I can show people what I have in my kitty apart from the regular." He added.

For those who are unaware, Rajesh is a national medallist for the shooting championship in India and comes from an air-force training background!

Expressing his thoughts he culminated saying, "I would love to portray a similar character on television too! In fact, I recently shot for an upcoming film titled Missing where I essay a Mauritian police officer. "

We wish you luck and grace Rajesh!

+ 5
5 years ago he's an underrated actor...and isn't given enough space in SS... they really need to explore his character more as he can do great justice.. his outburst during the AnuRaj wedding track just before his heart attack was awesome...

channel6 5 years ago Thank God I m not alone liking & commenting so long about shastriji. There are many others too like me who admire rajeshji's work. Hope we get to see him more often.

5 years ago India forums waiting for articles and interviews with vijayendra kumeria of shastri sisters.rajesh jais is agood actor unfortunately cvs of ss gives screen space to negative characters and only one of the main leads

5 years ago Completely understand what he is saying. Shastri sisters was one show wherein they showed a girls'father being proud of her, feeling attachment towards her and playing a role in shaping her life. something that is much more true to life than the saas-bahu love stories that happen only in TV shows. Shastri ji's character was refreshingly real and is needed to be seen on TV at a time when the girl child and her cause are all over the media. however, the writers of this show suddenly turned this ito another saas-bahu show and shastri ji was shown as a an unnecessary interference in a love story -someone who forced his daughter into a rushed alliance! from that day , his character lost all meaning &rationality.

Sorry for the long comment. But had to say it.

channel6 5 years ago I m watching shastri sisters from day one for
reason no.1.
the primary family of shastris r so real specially shastriji he acts very natural believable to the core.Reminds me of my father only.
reason no.2.
sareen family also does well. Both family r good performers.
reason no.3.
this is one serial I relate with many families I know.
I personally m great fan of shastriji aka rajesh jais ji. In every serial he does wonder. He always try to do things differently & that's what keeps him apart from many other actors. He has immense range & very versatile. But today only read about his dissatisfaction & I think he is completely right because the way his presense in the shastri family matters he has become so insignificant - how can it be ? I remmember his heart attack scene my God it was so good.So these days shastri sisters lost its uniqueness & looks like any other regular serial just running Like that only. I think this is why new serial came on its time.
I used to love watching shastri ji's scenes with daughters. senti scenes & those caring & scolding scenes.
Rajat & anu has great chemistry. They behave so mature.
actually speaking I m missing that earlier day's shastri sisters which was more close to our lives.
Sareen ji also good humoured person but looks very young when showing these two grown up sons.
neel is very cute but dares to b drunk infront of sareenji how can he ?
Hoping to keep SS as it was in early days.
this is a general entertainment channel means we with our family want to see each n every characters's journey & effects & reactions of them for any incident to any family member not only youth though they could b centre of story. If I want to watch only youth then I have the option of watching Bindas & channel V etc.

5 years ago I think he deserves some variety in kind of roles he is offered.in SS its not possible, but in any movie he can play a different role may be of a corrupt politian or something like that

+ 3
5 years ago I hope cvs remain the main plot of sisters bonding in Shastri Sisters. I was happy to watch last episode of Shastri Sisters and see Shastriji aka Rajesh Jais sharing wonderful moment with his daughters.