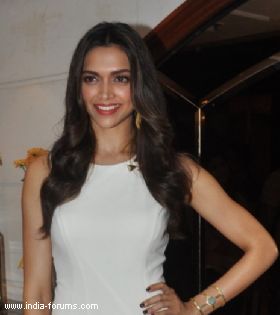 Deepika Padukone is set to shoot for "Tamasha" with director Imtiaz Ali and actor Ranbir Kapoor in Corsica, France. However, she is nervous and says it almost feels like it's her first film.

"I am really excited and looking forward to it. I am almost nervous like it is my first film, for some reason," said the actress here Wednesday at the launch of an edition of FHM magazine featuring her as the sexiest woman in the world.

"I am getting butterflies in my stomach almost like it is my first film," added the 28-year-old.

But she is looking forward to reunite with Ranbir, with whom she did 2013 hit film "Yeh Jawaani Hai Deewani", and Imtiaz.

"Ranbir has been a fantastic co-star and we have done a beautiful movie together. Imtiaz gave me one of my most memorable films 'Love Aaj Kal.' So, now getting to work with the two of them together is great," she said.