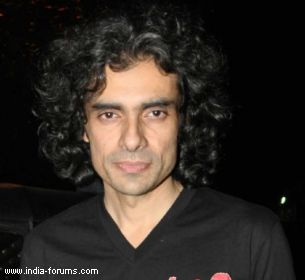 "I am not so clean internally that I could attempt a children's film," says writer-director Imtiaz Ali.

"I can't dare to do it right now because to make a children's film your heart needs to be pure and soft and I am not so clean internally that I could attempt a children's film," the 41-year-old said here at the premier of "Gattu".

Directed by Rajan Khosa, "Gattu" is the Children's Film Society of India's first movie to be released theatrically. It hits the theatres Friday.

Meanwhile, filmmaker Vishal Bhardwaj, who made the children's film "Makdee", believes that lack of theatrical releases has kept kids away from entertainment created for them.

"All the credit for it's ('Gattu') release goes to (CFSI chairman) Nandita Das and Rajshri, who are distributing the film. I think it's a beautiful film. Normally, entertainment created for kids does not reach them because it's not released in theatres. I am very happy this is being released and I am sure kids are going to love it," said Bhardwaj at the premiere.

"Gattu" was honoured with a special mention at the 62nd Berlin International Film Festival in February.