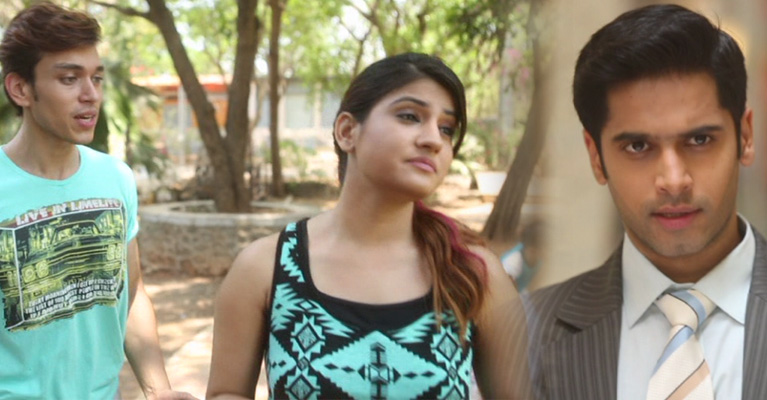 Nothing lasts forever and Kabir is about to learn the lesson the hard way. The football team captain of his college, Kabir is the popular heartthrob of his college. Kabir's ego gets a massive boost with the endless attention and obviously he begins to think no end of himself and in the process belittles everyone around him.
Rhea, his neighbor, has always had a huge crush on Kabir but when she expresses her feelings, Kabir humiliates her as he certainly thinks he deserves better.
Years later the paths of Kabir and Rhea cross but this time it's different. Rhea has just come back from the U.S. after her MBA and Kabir realizes that while Rhea has transformed into a glamorous, educated woman, his plan of riding on the local popularity and everything else except education didn't get him too far. The tables have turned; Kabir is now a Sales Executive at a firm where Rhea is the Head of PR.
The twist to the story; Kabir and Rhea's classmate Manav is the owner and MD of the same firm; literally leaving Kabir to be a no one. In his glory days, Kabir had humiliated Manav by making him a cheerleader of the football team and one doesn't forget such extent of humiliation.
When Kabir realizes that Manav has feelings for Rhea, he leaves no stone unturned to ruin his plans. The male ego comes into play and Manav challenges Kabir to win over Rhea; but the real question is what does Rhea feel?
Is Rhea even a part of this game? Are Rhea's feelings for Kabir back? Who will she choose?
To know more, keep reading this space.