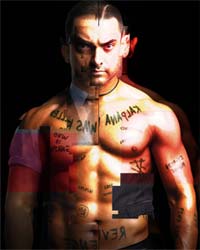 The cold war between Shah Rukh Khan and Aamir Khan over their films 'Rab Ne Bana Di Jodi' and 'Ghajini' took a new turn with the former proclaiming himself as the biggest brand and saying there cannot be any competition with him.

Shah Rukh, whose film 'Rab Ne Bana De Jodi' opened with good collections last week, said his film is doing well and there is no threat to his film from 'Ghajini'.

'There cannot be any competition with me. I'm the biggest brand in the country. I am always there to endorse for everyone, but the saddest part is that no one is there to endorse for me as there is no brand bigger than me,' Shah Rukh said this Tuesday at the launch function of Filmfare magazine's latest issue.

Reacting to Shah Rukh's statement, Aamir said: 'He has been speaking about himself for last 20 years so there is nothing new about it.'

Aamir is aggressively campaigning for 'Ghajini', which will release Dec 25, and the ushers of the multiplexes, where Shah Rukh's film is running, have adopted Aamir's Ghajini-hair style to promote the action-thriller. 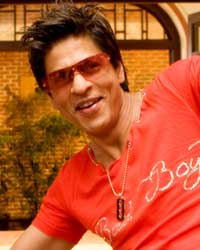 h Rukh's film. I think, people who would come to see Shah Rukh's film won't change their mind after seeing the ushers in the theatres,' Aamir told reporters at a Van Heusen's event.

Commenting on 'Ghajini's impact on the collection of 'Rab Ne...', Adarsh said: 'Rab Ne...' is weak in content and its opening on Friday was not good. The film gradually picked up on Saturday and Sunday. But again from Monday there was a drop in the collection,' Adarsh told IANS.

Adarsh is quite positive about Aamir and his film.

He said: 'Aamir has become a huge brand and people like to see him more. I think as soon as 'Ghajini' opens, it will eat into 'Rab Ne...'s' territory. I think 'Ghajini' will be a big hit.'

On being asked who is a bigger brand - Aamir or Shah Rukh, Taran said: 'It's all about how good you are on Fridays.'