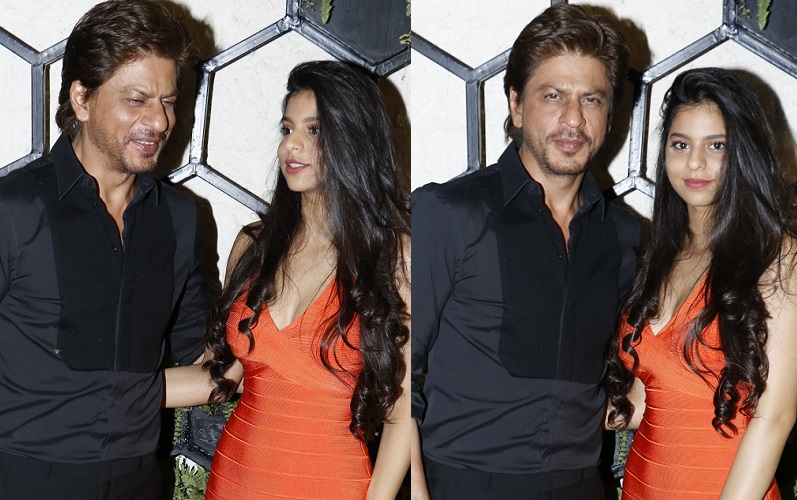 This year's Father's Day turned out to be a very happy one for Shah Rukh Khan. All thanks to his darling daughter Suhana Khan.
Shah Rukh Khan and Gauri Khan's elder children, Suhana and Aryan Khan have been out of the country in last few years as they have been taking up higher education in United States of America. But, this year, on the occasion of Father's Day, their daughter, Suhana flew down from the states to spend one of the most important day with her dear daddy and mommy.
On Friday evening, at the special trailer screening of his upcoming film, "Jab Harry Met Sejal", when we had asked SRK about his Father's Day plans, very excitedly he revealed that his darling daughter Suhana is going to be there with him this time as she is flying down from the States. Also, his boys, Aryan and AbRam will be by his side so he will be celebrating it with all three of them.
Later in the evening, SRK posted a beautiful picture with Suhana and captioned it: "And a fulfilling Father's Day at Arth designed by @gaurikhan"
0 Likes